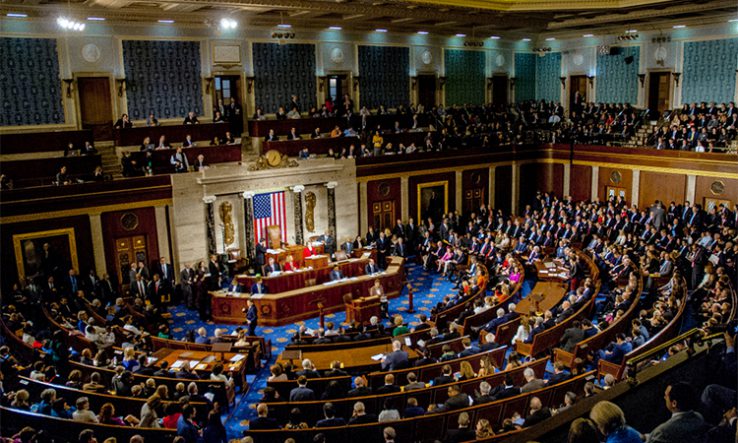 Leaders of the US Congress have come under pressure to prioritise funding for research derailed by Covid-19 as part of the next spending package responding to the pandemic.

On 3 February, the pressure group Research!America sent Republican and Democrat leaders in both houses of Congress evidence of the impact of the pandemic collected from researchers across the United States. It said the evidence illustrates “the corrosive effects of Covid-19 on our nation’s basic and clinical research ecosystem”.

“Our goal was to demonstrate that the setbacks in research, the disproportionate harm to women researchers and underrepresented groups, and the potentially permanent disruption to career paths for young researchers, was widely observed,” Ellie Dehoney, vice president of policy and advocacy at Research!America, told Research Professional News.

The evidence includes accounts of research teams being broken up as early career researchers are forced to leave, core research facilities running out of funds and laying off staff, disproportionate impacts on women and minority groups, and funding from non-profits drying up.

Congress has passed stimulus packages worth around $4 trillion since the start of the pandemic. But while such packages have included R&D funding directed at combating Covid-19, specific funds for propping up disrupted research have not materialised.

Legislation that would give federal science agencies about $25 billion to offset costs from the pandemic was reintroduced to both houses of Congress on 5 February. Initially introduced under the previous Congress in June 2020, the Research Investment to Secure the Economy Act was left out of a $900bn relief package passed over Christmas.

Frank Lucas, the leading Republican on the House science committee, said the US research enterprise had been “ignored” in stimulus spending so far. “If we don’t act now by passing the Rise Act, we’ll face long-term consequences,” he said.

The US government is lining up a new stimulus package worth nearly $2 trillion. In order to sidestep Congressional procedures through which Republicans could block additional spending, Democrats have used an instrument called a budget resolution that puts responsibility for the details of proposed spending in the hands of congressional committees.

The House science committee has been allocated $750m under the resolution, making it the only committee not to have a budget worth billions of dollars. Speaking in Congress on 4 February, the chair of the House science committee, Eddie Bernice Johnson, said “$750 million represents just a fraction of what is needed, including to recover all the science and, more importantly, the talent that is haemorrhaging from the STEM [science, technology, engineering and mathematics] pipeline as a result of this crisis”.

“This report comes at a critical juncture in our world—a time in which the United States is on the verge of losing its most crucial asset—talented human capital,” said APS president S. James Gates.