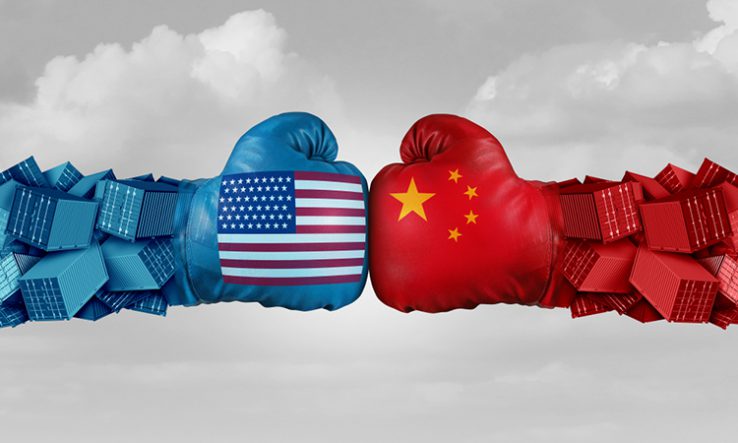 China is gaining fast in areas it has not already caught up, annual report flags

The United States’ reign as top dog in global R&D may soon be over, the National Science Foundation has indicated in the 2020 edition of its annual report The State of US Science and Engineering.

“Increasingly, the United States is seen globally as an important leader rather than the uncontested leader,” authors Beethika Khan, Carol Robbins and Abigail Okrent of the NSF’s National Center for Science and Engineering Statistics wrote in the report, which was published on 15 January.

While the US still led the world in absolute R&D expenditure in 2017, its competitors have gained ground in recent decades, the report said, meaning that the United States’ share of global R&D has shrunk.

Other nations, such as China, are fast catching up. In 2017, China accounted for 23 per cent of global R&D spending, a sliver behind the US, which contributed 25 per cent of the total.

“Whether and how long the current global trends continue is an important question,” the report said.

But in other categories, China has already outpaced the US. It now leads in the number of first university degrees in science and engineering fields, for example. In 2016, the US produced 800,000 such graduates, while China put out more than 1.7 million.

China also became the world’s largest producer of doctoral degrees in natural sciences and engineering—that is, excluding social and behavioural sciences—in 2007, and has held onto that lead.

But China has not yet surpassed the US in many of the most important aspects of R&D performance, the authors noted. The United States still leads in key categories: it performs the largest share of global R&D, has the largest share of R&D-intensive industry output and awards the largest number of doctorates in science and engineering overall.

While the citation impact of China’s publications is “rapidly increasing”, the country has not yet broken ahead of the US or the European Union on this measure.

The US-based science and engineering sector continues to grow, the report said. Institutes in the US remain a desired destination for foreign students, who make up at least half of doctoral graduates in engineering, mathematics and computer sciences, and economics in the country.

But foreign enrolment in US universities has stagnated since 2016. Similarly, US eighth grade maths scores—a proxy for students’ preparedness in scientific and technical fields—have shown “little or no growth” since 2010.

In a statement reported by The Washington Post, Diane Souvaine, chair of the National Science Board that helps to shape NSF policies, commented: “There’s no denying that the US science and engineering enterprise faces head winds.”