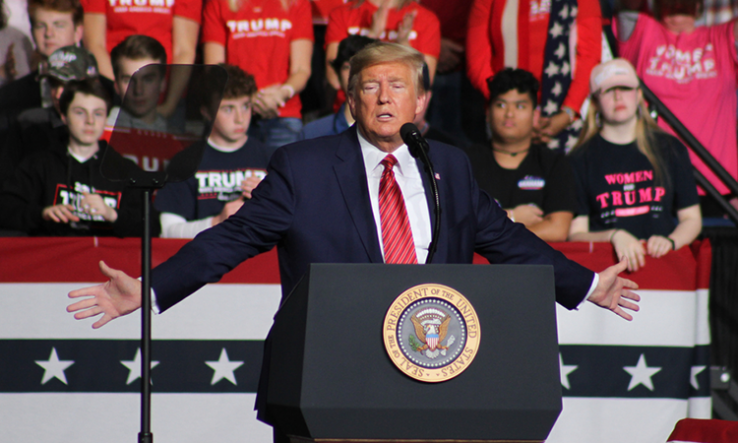 Fears have grown that regulators in the United States could come under political pressure to approve a vaccine against Covid-19, after president Donald Trump repeated his suggestion that a vaccine would be ready before the US presidential election on 3 November.

Trump gave the optimistic potential timeline for vaccine approval during a press briefing on 4 September, when he suggested the US would “probably have it sometime during the month of October”.

Opposition politicians and administration advisers have both stressed the need to avoid any political pressure on the vaccine approval process, which is generally handled by the Food and Drug Administration and the Centers for Disease Control and Prevention—federal agencies led by political appointees.

Chuck Schumer, the Democratic leader of the Senate, and Patty Murray, the ranking Democrat member of the Senate health committee, have called for the heads of the FDA and the CDC to appear before the committee to explain how they will protect staff from political pressure.

Such scrutiny is necessary to ensure Trump is not “making decisions based on his own political benefit and without consideration of public health needs”, the senators said in a joint statement on 2 September.

In an earlier letter, Murray and Lamar Alexander, Republican chair of the health committee, said the Trump administration had previously attempted to steer its Covid-19 response towards political ends.

The senators said the FDA’s decision to approve the emergency use of blood plasma from recovered Covid-19 patients to treat patients suffering from the virus was “a low point for the administration’s ability to let sound public health principles and science guide the response to the pandemic”.

They also referred to Trump’s repeated suggestion that testing for cases of Covid-19 could be reduced to avoid the political fallout of the more effective detection of cases, and to the FDA’s approval of the antimalarial drug hydroxychloroquine, which was championed by Trump long before the conclusion of clinical trials of its use as a Covid-19 treatment.

Moncef Slaoui, a Trump administration adviser and one of the heads of the federal vaccine initiative Operation Warp Speed, poured cold water on Trump’s October estimate in an interview with National Public Radio, the US’s state broadcaster.

Slaoui reportedly said there was a “very, very low chance” that human trials for candidate Covid-19 vaccines would be finished by October. He reportedly told Science magazine that he would quit rather than be swayed by political pressure to rush an unsafe or ineffective vaccine to market.

The heads of nine major pharmaceutical companies working on Covid-19 vaccines signed a pledge on 8 September promising to uphold “high ethical standards and sound scientific principles” in their work. They said they would seek emergency use authorisation for their candidates only after the candidates had been shown to be safe and effective.

Their unusual move came after a mid-May poll of 1,056 US citizens found that just 49 per cent would get a Covid-19 vaccine when one becomes available, while a further 31 per cent said they were unsure.