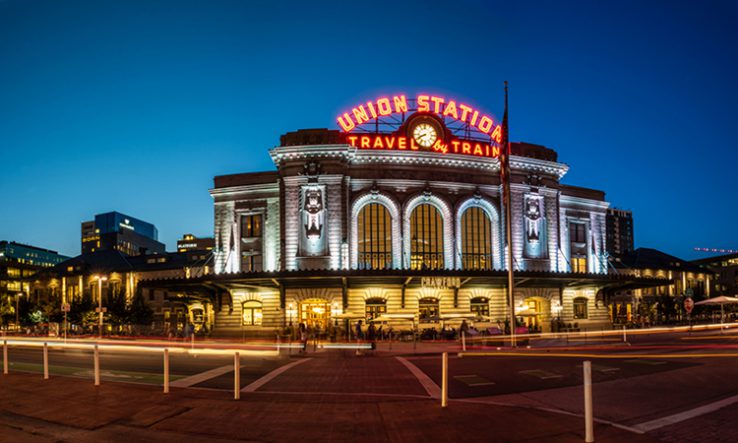 The American Physical Society announced the cancellation of its annual meeting in Denver, Colorado, just one day before it was due to start, over fears attendees could spread the novel coronavirus that has now killed more than 3,000 people worldwide.

The APS’s cancellation of the “largest physics meeting of the year” came as US president Donald Trump met with the heads of ten major pharmaceutical companies to discuss their response to the outbreak of the virus, which causes a respiratory disease called Covid-19.

“Cancelling the meeting was necessary to avoid any transmission,” said APS chief executive Kate Kirby. Many of the 10,000 delegates expected would have come from outside the United States, including countries that the US Centers of Disease Prevention and Control (CDC) is advising against all but essential travel to, the society said.

“We recognise and sincerely regret that the timing of this decision has significantly inconvenienced many members of our community,” said APS president Phil Bucksbaum. The society announced the cancellation on 1 March, the day before the four-day event was due to start and after many delegates had already travelled.

Kees Storm flew to Denver from Eindhoven University in the Netherlands to speak at the conference. He told Research Professional News the “incredibly last-minute” cancellation meant he would instead give his talk virtually.

Storm did at least manage to meet up with a few colleagues in Denver. Another delegate, Omar Saleh from the University of California Santa Barbara, said he “saw absolutely nobody” during his 14 hours in Denver. He said he would be watching some of the virtual sessions having returned to California.

The APS said it would refund the delegates’ registration fees and that it was working with hotels and funding agencies to help limit the losses incurred by would-be attendees. Saleh said he would see if his institutional insurance would cover some of his losses.

Meanwhile, the White House told pharmaceutical companies to hurry the development of a vaccine against the virus. Speaking to reporters ahead of a meeting with ten pharma companies, Trump said his office had asked them “to accelerate whatever they’re doing” in response to the outbreak.

The White House has asked the National Academies of Sciences, Engineering and Medicine to set up a panel of researchers on emerging infectious diseases to provide evidence for policymaking.

It has also expanded its ban on visitors to the US to include anyone who has visited Iran in the past two weeks, after the country suffered the largest number of deaths due to Covid-19 outside China, where the virus originated. The CDC is advising against all travel to areas of South Korea and Italy that appear to have uncontained outbreaks of the virus.

The CDC came under pressure from lawmakers after it stopped reporting the number of Covid-19 tests its labs have carried out and the deaths due to suspected Covid-19 cases on its website on 1 March. The Food and Drug Administration relaxed its rules to allow more labs to carry out the tests, which have been criticised for being too complex.

Vice president Mike Pence is leading a coronavirus task force and has spoken by telephone with more than 50 state governors.

“I told [Pence] our work would be more successful if the Trump administration stuck to the science and told the truth,” Jay Inslee, the Democratic governor of Washington State, said on Twitter. Washington recorded the first US death from Covid-19 on 29 February.

In its 2 March update on the outbreak, the World Health Organization put the total number of confirmed cases of infection in the US at 62. It gave the total number globally as almost 89,000, with more than 3,000 deaths.