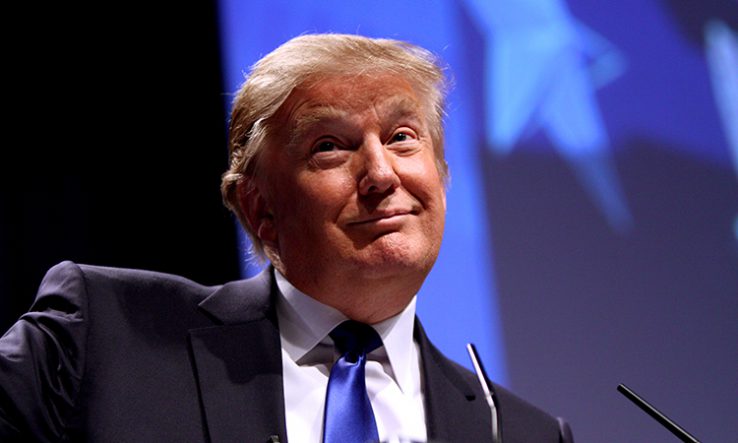 US president Donald Trump has proposed significant cuts in federal research funding in his budget request for fiscal year 2021. However, his proposal would boost spending on his priority technologies as well as NASA missions to the moon and Mars.

In line with his previous three budget requests, Trump proposed cuts to major US funding agencies including the National Institutes of Health (NIH) and the National Science Foundation (NSF)—of 7 per cent and 6.5 per cent respectively.

The proposed cuts, which would come into force in October 2020, would need to be approved by Congress, which in previous years has rejected the president’s requests to slash research spending.

Eddie Bernice Johnson, the Democratic chair of the House Committee on Science, Space and Technology, said that the proposal “damages vital parts of our nation’s federal science and technology enterprise”. She added she is “confident that Congress will reject” the “ill-advised cuts”.

Trump’s five favoured ‘industries of the future’—artificial intelligence, quantum information sciences, advanced manufacturing, biotechnology and 5G wireless—loom large in the budget request, which proposes doubling federal funding for AI and quantum information sciences by 2022. This appears to signal presidential support for a bill recently introduced to the US Senate mandating the same increases.

Outgoing NSF director France Cordóva signalled qualified support for the president’s research agenda, despite Trump proposing a 6.5 per cent reduction to the NSF budget from $8.3 billion to $7.7bn.

Cordóva said in a statement that a focus on industries of the future is “critical” to long-term US economic and national security, but that investment in basic research would be instrumental in “yet unknown transformative technologies”.

Trump’s proposed 7 per cent cut to the NIH budget is smaller than in 2019 but was nonetheless met with dismay by commentators.

Mary Woolley, president of the health research advocacy group Research!America, said that the proposal “would undermine crucial, lifesaving research”. Ross McKinney, chief scientific officer of the Association of American Medical Colleges, tweeted that the removal of 1,874 NIH research grants would be “devastating”.

Not all science agencies fared badly. NASA would see a 12 per cent increase in funding, from $22.6bn to $25.2bn, although its R&D budget would fall by 5 per cent. Funding for exploration technologies would jump by 45 per cent under Trump’s ambition to get US astronauts back on the moon by 2024.

NASA administrator Jim Bridenstine welcomed the budget request in a speech to NASA staff, saying it is “worthy of 21st century exploration and discovery”.

Changes at the DoE would include closing the Advanced Research Projects Agency–Energy, which funds new energy technologies, but boosting funding for nuclear research and coal-based technologies including carbon capture and storage.

In a pointed statement, NEH chairman Jon Parrish Peede said that despite facing closure the agency would “continue normal operations” until Congress responds to the budget request.