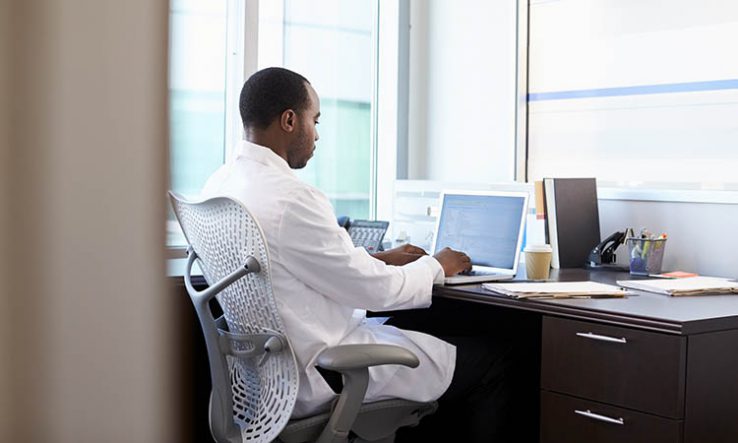 Only a fifth of 285 trials posted results within three months of finishing, study finds

Much has been made of the speed at which research on Covid-19 has been conducted and published, but a study has found that many medical trials are not reporting their results with the utmost rapidity.

“It’s not the way the research endeavour should be conducted, especially at a time like this,” Nicholas DeVito, who studies research integrity at the University of Oxford and was a corresponding author on the study, told Research Professional News.

DeVito’s team found that few of the researchers who completed Covid-19 trials in the first six months of the pandemic made their results public rapidly, potentially meaning crucial information was not readily available to doctors and policymakers.

The team found that only 14 per cent of 285 Covid-19 studies completed by 30 June 2020 had published findings in either a preprint or journal article, or posted results to a clinical trials registry, within six weeks of completion. Only 19 per cent of trials had published their findings after three months.

The findings underscore the need to encourage clinical trials publication, said Till Bruckner, founder of the group TranspariMED, which advocates for transparency around clinical trial findings. He expressed deep concern that “even in a global public health emergency, it can still take a long time until the results of clinical trials are made public”.

“The treatment of Covid patients can only improve as rapidly as research results are made public,” said Bruckner. “It is especially disappointing that trial registries are not being used more widely as a platform for rapid results sharing.”

Trial registries—typically maintained by national agencies—were used to disseminate results by only 5 per cent of the trials in the study.

How soon is now?

DeVito told Research Professional News that the six-week reporting deadline was not a legal requirement but that his team settled on this length of time because it seemed like a “reasonable” starting point.

Studies tend to evaluate whether clinical trials have published data a year or so after finishing, which can be a legal requirement in some jurisdictions.

“This required a different approach because we’re doing things in the moment rather than retrospectively,” said DeVito.

Trials published as preprints did not appear to make it into journals rapidly either. The authors found that only four of the Covid-19 preprint studies in their sample had done so.

DeVito’s work was published in preprint form to the biomedical repository MedRxiv on 9 April.