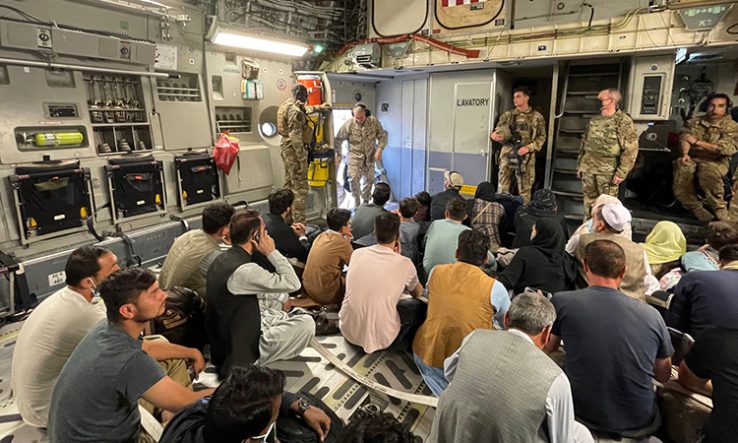 Dozens of governments and humanitarian groups, alongside hundreds of academics, have called for international support to be provided to students and researchers in Afghanistan—especially female scholars, whose future has been thrown into uncertainty after the deeply conservative Taliban seized control of the country this month.

Less than a week after the start of a withdrawal of US troops from Afghanistan, the Taliban took control of city after city, conquering the capital Kabul on 15 August. The return to Taliban rule after 20 years of US occupation has overturned life for hundreds of thousands of Afghans. For academics and students, it has meant not only disruptions to learning, teaching and research, but also fear for their safety.

On 18 August, Scholars at Risk—an international network of over 500 higher education institutions in 40 countries that aims to protect academics under threat—made an urgent appeal to US secretary of state Antony Blinken for “immediate action to save Afghanistan’s scholars, students, practitioners, civil society leaders and activists, especially women and ethnic and religious minorities”.

SAR wants the US government to continue evacuation flights from Afghanistan for as long as possible, evacuate visa candidates and establish a “priority processing pathway” for candidates who have a host partner, institution or job. It also wants a “dedicated funding stream” to help scholars and civil society actors.

“The window in which to take these steps, save lives and redeem some measure of the US investment in Afghanistan’s future is rapidly closing,” SAR executive director Robert Quinn warned.

SAR’s letter to Blinken has now been co-signed by over a thousand people, including the leaders of dozens of higher education institutions and academic organisations.

Some university groups have expressed their eagerness to help. The French association of university presidents called on the EU and French governments to support Afghan students and academics, saying that French universities are “ready to welcome students, academics and researchers at risk”.

Politicians around the world have been holding urgent meetings to discuss their response to the events, including foreign ministers in the Council of the EU who gathered in an extraordinary meeting on 17 August to address the situation.

That same day, the EU’s high representative for foreign affairs, Josep Borrell, released a statement calling for “an immediate cessation of all violence, the restoration of security and civil order” and preservation of the rights of women, children and minorities “including access to education”.

The following day, representatives of dozens of countries, including EU member states, the United States and United Kingdom, issued a joint statement calling on “those in positions of power” in Afghanistan to guarantee the protection of girls and women there.

“We are deeply worried about Afghan women and girls, their rights to education, work and freedom of movement,” they wrote, adding that “any form of discrimination and abuse should be prevented”.

The statements come amid media reports of female workers being told to leave their posts, and of concern among female scholars. A female academic was quoted in the UK’s Guardian newspaper saying she had had to flee her dormitory in fear of being beaten by the Taliban for not having a burqa—a full-body covering the Taliban demanded women wear under their previous rule.

When she arrived home, she hid her degree, she told the Guardian for a 15 August report. “I worked for so many days and nights to become the person I am today, and this morning when I reached home, the very first thing my sisters and I did was hide our IDs, diplomas and certificates. It was devastating.”

Taliban spokespeople have told the media that women will be allowed to continue pursuing higher education, but many are not reassured.

UK home secretary Priti Patel told BBC Radio 4 she did not think “that we should be at all believing the spokespeople”. She said the UK government would work with humanitarian organisations to get people out of the country, with a target of 5,000 people resettled in the UK in the first year.