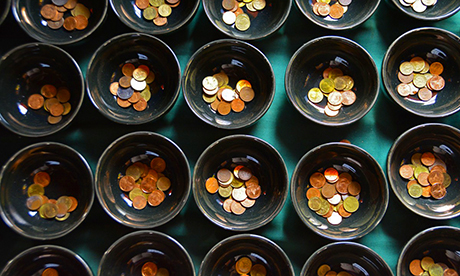 But UCU calls the extra money ‘a sticking plaster’

The Department for Education has released an extra £50 million to help universities support students struggling financially during the pandemic, including those who are paying rent for accommodation they cannot use.

On 2 February the DfE announced that it had set aside £50 million to go to universities’ hardship funds. Institutions will use the money to help students who have lost work, have extra accommodation costs or who need to spend money to access their online education.

The DfE said the funding had been made available after “the decision by many universities and accommodation providers to offer rent rebates for students who need stay away from their term-time address”.

Many students are paying for term-time accommodation, even though most are not allowed to return to campus during lockdown.

Universities minister Michelle Donelan said the funding would “provide real, tangible help for those students struggling financially as a result of the pandemic”.

“We will continue to prioritise a full return to education as soon possible, in line with public health advice. I am also working with universities and professional bodies to ensure students can graduate as planned,” she added.

The DfE explained that the £50m was on top of a £20m boost announced in December. It is also in addition to the government’s £256m student premium fund, which universities can also access.

But the All-Party Parliamentary Group on Students, a cross-party group of MPs and peers, said in a report last week that students in England needed around £700m to be adequately supported. The group also pointed out that although an extra £20m had been released in December, a £16m cut in funding in May last year meant there was just £4m extra funding available.

Alistair Jarvis, chief executive of the vice-chancellors’ body Universities UK, said that although the extra funding was “welcome”, the DfE “must also acknowledge that student hardship is just one of many increasingly difficult issues facing students, universities and staff at this time”.

“As the serious mental health impact of the pandemic continues to be felt, universities need further funding to alleviate the substantial increases in demand that university well-being and support services are experiencing,” he said.

Tim Bradshaw, chief executive of the Russell Group of research-intensive universities, said it was good to see many of the measures already taken by universities to support student hardship “further boosted by the government with additional funds specifically for students facing difficulties with day-to-day living costs”.

But Jo Grady, general secretary of the University and College Union, said the funding was “a sticking plaster” and was “not the answer to the widespread problems facing the sector”.

“The government needs to go further and provide proper funding to avoid irreparable long-term damage to the sector’s reputation,” she said, adding that the government “must also admit that mass movement of students back to their term-time accommodation is unsafe and pledge to keep all but essential university teaching online until the end of the current academic term.”

More response from the sector:

Larissa Kennedy, national president of the National Union of Students:

“This announcement is a testament to the hard work and campaigning of students and students’ unions. Many students are currently under extreme financial pressure as a result of the pandemic: they are falling behind on their rent and bills, and needing to access food banks.

“However, this will not be enough to tackle the scale of the issue. If Westminster did the right thing and matched the hardship funding being made available in Wales for students the amount needed would be more than £700m.

“The pandemic has exposed the flaws at the core of our education system – it functions at the expense of students’ mental health and wellbeing, and through our financial exploitation. Many students will still be paying rent for housing they can’t access or can’t afford – to deliver true economic justice, the Treasury must underwrite this.

“We also need a long term solution to ensure that no student suffers in this way again. The Government must adopt a new vision for education, starting with a return to maintenance grant funding and a boost in how much students can access, redressing extortionate housing costs, and moving towards fully funded education so students are never pushed into these kinds of dire financial situations.”

“Many students are experiencing growing financial hardship as a result of the ongoing disruption from the pandemic. Alliance universities have made significant investments to ensure support reaches those students most in need, including those facing financial difficulty and to tackle challenges relating to digital inclusion and wellbeing.

“With demands on the support available continuing to increase, the Government’s announcement of an additional £50m of funding to support students in England facing hardship this term is a welcome step in the right direction. As students and institutions continue to face growing pressures from the impact of the pandemic, further funding will be needed to enable universities to best support students to succeed.”

Joe Marshall, chief executive of the National Centre for Universities and Business:

“The Government’s Student Hardship Fund, announced today, is a significant and positive step forward. Universities’ support services are working around the clock and in exceptional circumstances to help students, but the Government has a role to play too. The Government has supported people and businesses throughout the pandemic. Today, it rightly recognised that many students – who are so important to our nation’s future and recovery – need public support too.”

“Whilst today’s announcement is undoubtedly a step in the right direction, I question whether the scheme goes far enough. The scale of the problem university students are facing in light of the Covid-19 pandemic requires drastic action, not just first aid measures. Today’s students are the future healthcare workers, teachers, engineers, innovators and researchers that will help to power the nation’s recovery and rejuvenation. Now is no time for complacency, and it is imperative that we support students in their time of need. We expect that further government intervention may well be needed in the coming months.”

Paul Blomfield, MP for Sheffield Central and chair of the All Party Parliamentary Group for Students:

“The Government have acknowledged the problem but failed to provide a solution.

“Our cross-party report called for substantial new hardship funds. Across the whole of England, this is worth around £25 a student. It falls well short of the support made available in Wales and Scotland. It offers no guarantee on rent refunds for unused accommodation and no support to universities to provide additional education to catch up for lost learning.

“It’s disappointing that in its response to our bold calls to protect students and universities, the Government have ducked their responsibility”