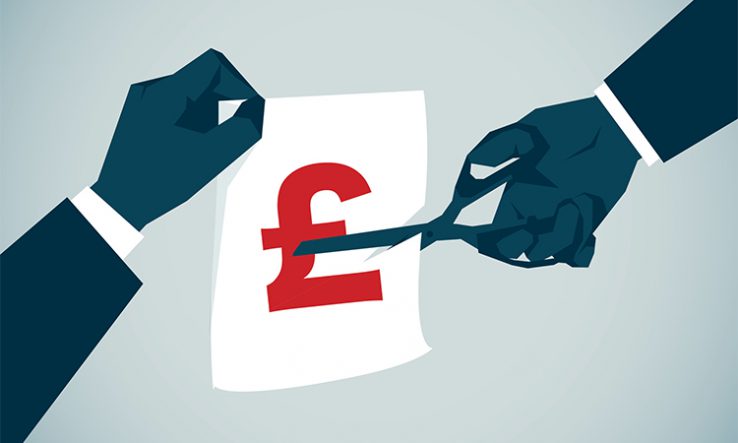 Researchers bemoan partnerships broken by ‘the stroke of a pen’

Tom Kariuki, the director of the Alliance for Accelerating Excellence in Science in Africa, called the cuts a “disaster” for research on the continent and said “massive disruptions” have already occurred.

“Important research and the lives of researchers in Africa have been severely impacted,” he warned.

Kariuki and others painted a dire picture of the effects of the cuts during a webinar on Africa-UK cooperation in research management on 26 April. Several UK-based organisations that fund African research had their official development assistance research budgets slashed by the UK government in March.

Kariuki said that already terminated projects were a waste of UK tax money as they had to be cancelled mid-stream.

“We are at an important junction in how the future looks like. We want to see that this is repairable,” he said.

John Kirkland, a former deputy secretary-general of the Association of Commonwealth Universities and former CEO of Britain’s National Institute of Economic and Social Research, said there was widespread anger in the UK about the cuts.

“It is simple maths but too complex for ministers to understand,” said Kirkland. “Britain has to understand if we are looking to develop [international research] partnerships, this is a disaster.”

Allen Mukhwana, a research systems manager at the African Academy of Sciences, also called the cuts a disaster, saying that partnerships that took years to build were “broken at the stroke of a pen”.

Impact felt at a personal level

Several researchers warned that the damage might be irreparable even if budgets are restored after the pandemic.

Anita Etale, one of the first cohorts of the Royal Society Future Leaders–African Independent Research (FLAIR) programme, slammed the cuts. She said African countries have invested significantly in joint projects with UK partners only to have “the carpet pulled from under them”.

She added that the cuts have affected relationships between institutions and researchers on a personal level, with researchers returning to the continent “to make a difference” suddenly finding themselves without funding.

“Africans might not come in with billions but there is a lot of in kind contribution we make to research projects, and this is undervalued,” said Etale.

The FLAIR programme was not funded this year due to the cuts.

Sapna Marwaha, deputy chair-elect and director of the UK’s Association of Research Managers and Administrators, said that politicians did not understand the repercussions of the cuts: “You can’t turn off the tap and then on again. You can’t just switch funding back on.”

Marwaha said that “significant damage” has been done and it will take time and trust to rebuild partnerships with African institutions and researchers. “We are going backwards, relying on individual institutions to have resources and the will,” she said.

But, damaging as they are, the cuts might also be a chance to build more equitable research partnerships between Africa and the UK. The withdrawal of funding need not be the end of research relationships, said Marwaha, and provides an opportunity to “balance the voices around the table”.

Etale said that Africa cannot afford to wait for the UK to change its policies. She said it is unethical for any funder not to include African researchers in work that involves or targets issues related to the continent.

“Research must be reshaped to serve Africa, not just donors. Partners need to take a step back and see how things have been run and identify how partnerships have not been fair,” said Etale.

Both Mukhwana and Yolande Harley, the director of research at the University of Cape Town’s health faculty, called on UK funders to provide more research infrastructure funding as part of their grants. Mukhwana said that African institutions often have to divert internal resources for infrastructure to support grants won from international funders.

Harley added that this lack of infrastructure support leads to “research crippling the institution”. She said a shift in thinking in Africa-UK partnerships was needed, with more focus on niche and excellence than on capacity development and aid. She called on UK funders to keep “motivating and agitating” for funding to increase again.

Kirkland said partners must be optimistic, and that there are actions that can be taken by UK institutions and funding bodies that genuinely believe in Africa collaboration, including finding sources of funding other than the UK government and covering full costs of research for African partners.

“Getting this right is measurable, practical, and needs to already happen,” he said.