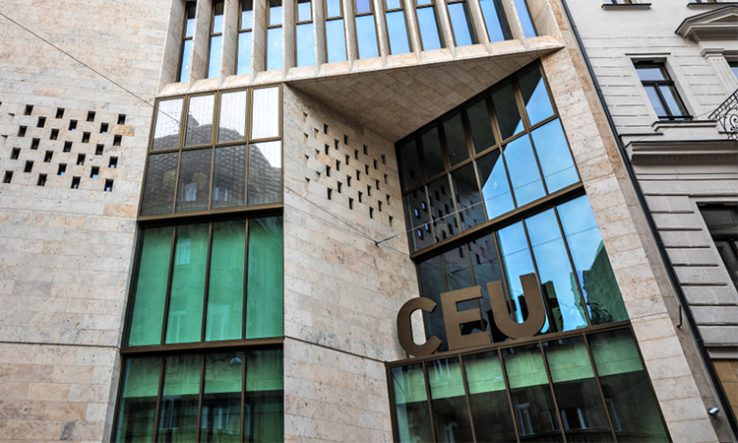 Hundreds of researchers, students and alumni of the Central European University are asking the institution to provide financial assistance to its doctoral students. They say the students are suffering setbacks to their work as result of Covid-19, alongside challenges related to the university moving most of its activities from Budapest to Vienna.

“Since the very start of the [Covid-19] lockdown, the university is yet to extend any substantial support to the doctoral body,” says a petition that was launched on 17 August and is addressed to the university’s board of trustees, including its honorary chair, Hungarian-American philanthropist George Soros.

“In the face of the multiple challenges encountered by doctoral students during this period, from Covid-19 to the Vienna move, the senior leadership of Central European University has been indifferent and unresponsive to students’ calls for help,” it says. “Our demand for the six-month stipend extension for all CEU PhDs is to safeguard and ensure the wellbeing and academic success of the doctoral student body.”

The petitioners, self-described as “students, faculty, staff, alumni, and friends of CEU”, are demanding an urgent meeting of CEU’s board of trustees to discuss how the university would finance such an extension. By 24 August, the petition was just short of 700 signatures.

Stefan Voicu, a PhD student in sociology at CEU who has been involved in organising the petition, told Research Professional News that it followed an unsuccessful internal petition by students in May. He said many doctoral students are reliant on their three-year CEU stipend but were forced to put their work on pause as Covid-19 lockdowns intensified.

“Some PhD students have kids and basically aren’t able to go to office to work because of kindergarten lockdowns,” he said.

CEU is moving most of its activities to Vienna from Budapest because the Hungarian government passed a law preventing it from awarding degrees accredited in the United States. Students without EU citizenship will need to prove to the Austrian government that they have a sufficient financial cushion to live in Austria, but this is proving to be an insurmountable obstacle for some.

The university’s student union has been petitioning for help, from stipends to provision of free summer housing. But several CEU master’s students have taken matters into their own hands by trying to ‘crowdfund’ their studies.

Public administration student Mohammad Hawash is among them. He told Research Professional News he lost his job as a Budapest tour guide—one of several part-time jobs he has done to pay his tuition—when the pandemic hit.

“I did the math and I had to find €6,000 before getting to Austria,” he said. Although he said he was grateful that CEU informally reduced his tuition by €500, that was not enough. “I was nowhere near securing the amount that I needed,” he said.

“A lot of people have it much worse than me,” he added. While Hawash receives free housing, many students will need to put in a deposit of two to three months’ rent before moving, requiring a sum in the region of €1,000-€1,500.

Voicu said that at meetings in the spring the CEU leadership recognised the need to further support doctoral students, but that this has not materialised. He said CEU’s board of trustees is due to schedule a meeting in the coming weeks, but added: “We don’t really know what this means or when exactly it will happen.”