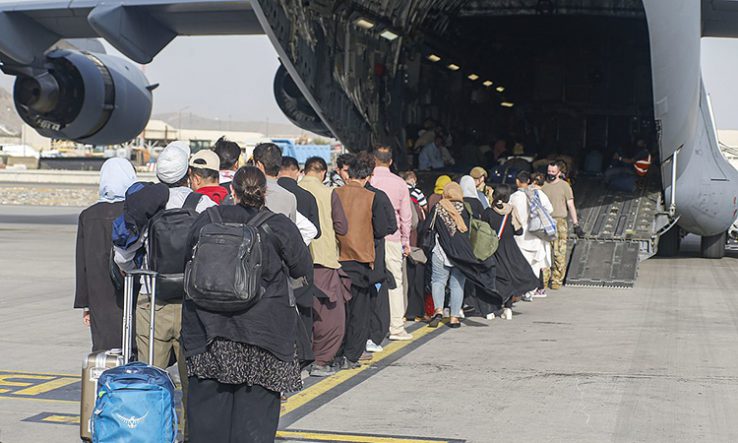 The support and advocacy charity Scholars at Risk has told Research Professional News that more than 100 institutions in Europe have expressed an interest in hosting academics and activists fleeing persecution in Afghanistan.

The safety of researchers and activists in Afghanistan has been thrown into question after the deeply conservative Taliban seized control of the country earlier this month.

SAR published an urgent appeal to European governments and the EU on 22 August, calling for evacuation flights to continue as long as there are Afghans who wish to leave. Armed forces from the United States and Europe are expected to leave the country on 31 August, potentially before they are able to evacuate everyone eligible.

“Many European higher education institutions are ready to host scholars in temporary positions,” the charity said, urging governments to move fast to “capture that opportunity” by acting quickly with administration.

Svein Stølen, the rector of the University of Oslo, said on 20 August that his institution had set aside funding for two Afghan researchers. “We have to not only show sympathy and understanding, but we also have to do something more efficient,” Stølen told Research Professional News.

“I used all the networks we have to try to inspire other universities to take part in this,” he added, citing emails to other Norwegian universities and social media posts as examples of his efforts. He said he had also sent an opinion article to one of Norway’s main newspapers, Aftenposten.

The University of Oslo is a member of the SAR network and strives to host four at-risk scholars every year, Stølen said. University and national SAR committees work to match candidates to placements. “There must be some resonance between the researchers we welcome and our own research environment,” he said. For example, his university has no business school so it cannot host academics in that area.

Stølen said it was also important to support students from Afghanistan and elsewhere, referring to Norway’s government-funded Students at Risk programme, which has run since 2015. “I certainly hope our government will be able to increase the support for students at risk,” he said.

The SAR appeal repeats a longstanding call from some European academic organisations for a dedicated EU fellowship scheme for scholars at risk. It notes that women and those from minority ethnic groups may face particular threats in Afghanistan.

“We have received a lot of emails in the last days and many of them about men, and that’s quite usual I think,” Stølen said. “We need look into [support for] women in particular.”

SAR said more national governments should set up schemes for scholars at risk, akin to the Pause programme in France and the Philipp Schwartz Initiative in Germany.