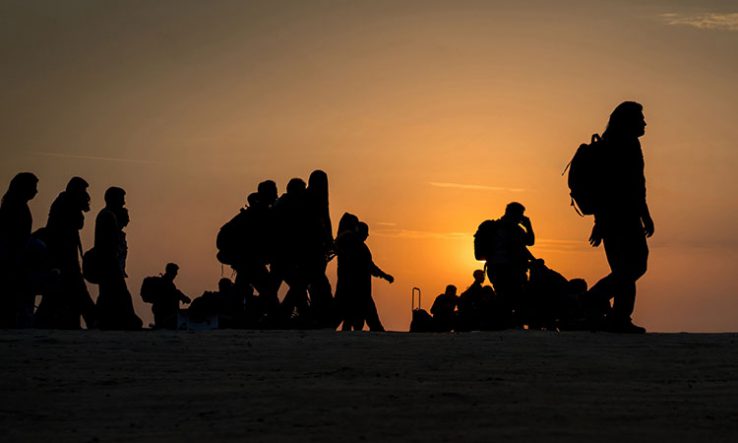 Research by the Young Scientists Council of Ukraine, published on 4 April, found that 6,300 Ukrainian scientists fled the country in the 19 days following the Russian invasion. Over the same period, 82 scientific institutions, amounting to nearly 15 per cent of research infrastructure, had sustained significant—and often deliberate—damage.

All these figures will now be much higher. Of the refugees, one in five will likely stay abroad for good. Thousands remain in Ukraine to support the civil administration and their families. Some have been killed. Others are missing. The majority are internally displaced.

The war in Ukraine is a stark reminder of why the scientific community must stand together to condemn such acts of aggression and, more importantly, step up to take action before, during and after such disasters. There are numerous ongoing conflicts around the globe, and more refugees than at any time in recorded history.

This is why the International Science Council, World Academy of Sciences and InterAcademy Partnership have come together to develop the Science in Exile initiative. This network brings the science community together with at-risk, displaced and refugee scientists, as well as the non-governmental organisations and UN agencies working to protect and support them.

Science in Exile exists to support these NGOs and agencies, not duplicate their work or compete for funding. The aim is to exchange information, identify gaps, and assist the global scientific community in protecting and supporting scientists put at risk or displaced by conflicts or other disasters. It is to raise awareness and consider how science and scientists should prepare for and respond to such crises. It is to bring the broader scientific enterprise to the table, and to provide evidence to support response efforts.

On 20 April, we launched the Science in Exile Declaration, which is now collecting signatories—we urge institutions, disciplinary associations and other organisations to sign up. The declaration speaks to a desire for a world with peace, security and wellbeing, where science can flourish and enhance people’s lives. It provides a vision for collective action and a framework to allow at-risk, displaced and refugee scientists to continue their research.

The declaration sets out six Articles of Commitment. The first deals with preparedness: the need for organisations and national and international governing bodies to make plans for protecting and preserving scientific knowledge, systems and infrastructure in times of disaster and conflict. This takes dedicated funding, commitment from stakeholders and innovative thinking about the physical structures and safety mechanisms needed to warn, protect and respond to scientists’ needs and work during a crisis.

Articles two through four consider how to provide support in times of crisis, such as through fellowships and scholarships, pathways for continuing work and study, and helping at-risk, displaced and refugee scientists to advocate for their needs.

We have seen an outpouring of support for Ukraine, with universities offering places for students, fellowships for professors and positions for scientists. Yet huge gaps remain.

Ukraine’s request to the international scientific community is clear: to fund research networks; to hire academics, technical staff and workers at risk; and to engage with the country’s authorities. The Young Scientists Council has asked for help to provide open access to journals, research databases, archives and online libraries; remote access to licensed software, research equipment and laboratories; and the waiving of publication charges.

These are the kind of issues that Science in Exile will focus on. The network needs to harness the current support for Ukraine to push for fairer and more humane systems and policies overall.

The declaration’s last two articles address what happens after a crisis, focusing on reconstruction and protecting future generations. On average, refugees are displaced for 20 years. Their educations are disrupted and careers fragmented. How will societies rebuild and thrive after a war or disaster if there are no scientists, doctors, engineers and other scholars?

We need to further explore how science recovers from catastrophe, recognising that the path to peace and security may be long and complicated.

Let us mobilise, using the declaration to advocate support for scientists, science systems and scientific infrastructure, and draw up plans for recovery from crises such as those in Ukraine, Afghanistan, Venezuela and Myanmar. Funders and govern-ments should sponsor these efforts, and challenge the scientific and academic communities to propose ways forward.

Peter Gluckman is president of the International Science Council. Vivi Stavrou is senior science officer at the ISC and executive secretary of the council’s Committee for Freedom and Responsibility in Science