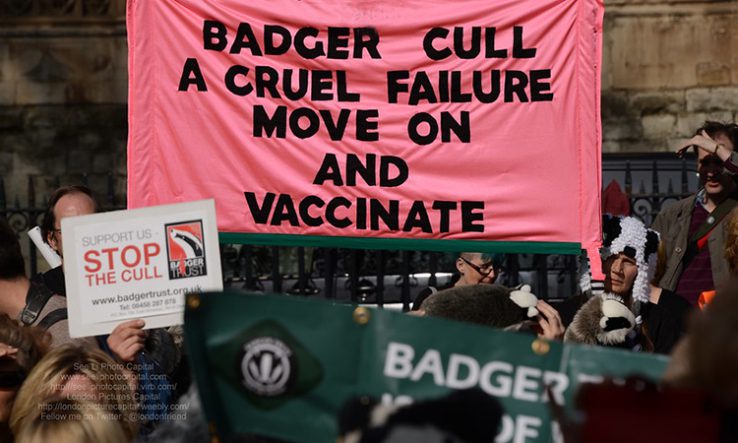 A deeply felt, highly fraught debate about life, death and pathogens. Uncertainty, complexity and controversy over an infection that’s difficult to find, follow, understand or decide what to do about. Backstage policy tensions spilling into public spats between scientists, with politicians, activists and celebrities chipping in.

Conspiracy theories. Fear and anger about who gets infected, who gets sick, who is protected and who dies. Regular invocations of ‘The Science’ to support contradictory, changing policies. Blame shifting. What a mess.

All the above has been writ distressingly large as Britain, reluctantly and then in a flat panic, has faced the coronavirus pandemic. However, the same applies to the UK’s near 50-year history of debate over managing bovine tuberculosis, and whether it should be controlled by culling badgers.

Having just written a book on the subject, I can’t help but see many parallels between the UK’s experiences with bovine TB and the coronavirus. But here I want to concentrate on a critical problem underlying many controversies that draw in science, policy and the public—the idea of The Big Book of Science.

In media coverage, popular culture and political rhetoric, science is often ‘The Science’: a monolith of immutable, authoritative facts, discovered and written by heroic, lone geniuses. Some scientists are deeply invested in this image and work hard to build it, but many others don’t recognise or like it one bit. It’s also shown to be a vulnerable image when real people don’t live up to the myth.

Working scientists, and the researchers who study them, know that science in practice is a messy process of observation, investigation, theorising and constant, passionate argument. It involves interactions between research groups across multiple disciplines, all with different ways of working.

What scientists know does settle into reliable knowledge—that’s why science is needed. But this is always under revision. The name of the game is to make sense of uncertainty.

So what happens when science in practice becomes visible in public? This happens most obviously during public controversies and policy advisory processes, but preprint archives, open-science movements, social media and rolling news are all making science in practice increasingly visible.

As we’ve seen in multiple cases, including cold fusion, mad cow disease, ‘climategate’ and now Covid-19, when The Big Book of Science and science in practice collide, confusion abounds.

The history of bovine TB exposes long-term dysfunctions in relations between science, policy and the media in the UK. For example, politicians, policymakers and journalists reacted with anger and confusion when a randomised badger culling trial generated questions and uncertainties rather than providing the answers they wanted.

Politicians and campaigners, for and against culling, strategically frame specific experts or evidence as ‘The Science’ to support their agendas. The most spectacular example saw two completely contradictory expert reports on the culling trial in the same year, but this still happens whenever new research papers on culling appear.

In turn, some scientists have jostled for influence, inflated expectations about ‘The Science’ or naively assumed that their particular advice should automatically shape policy, irrespective of its plausibility or conflicts with other experts. Around bovine TB, these mismatches have created a repeating cycle of raised and broken expectations, which has corroded trust, perpetuated policy failure and driven polarisation of the controversy.

So, how to move forwards? The slogan ‘Science is political’ doesn’t get us that far when ‘political’ covers everything from everyday office politics to open lobbying and partisan bias.

Rather than turning to The Big Book of Science, the aim should be close but mutually respectful science-policy relations, in which multiple options are considered and uncertainty stays in the room.

In the UK’s response to Covid-19, that’s not what we’re getting. This has prompted widespread calls for transparency, but openness is only a first step towards accountability, not an end in itself. For transparency to work, scientists, journalists, politicians and the public must be willing to look at the messy, complex and scary world that science in practice reveals.

It needs to be OK to talk about uncertainty without implying weakness, ignorance or unknowable mysteries. The Big Book of Science is a dangerous myth. Letting it go makes it easier to challenge policy incoherence, the politics of distraction, the strategic undermining of expertise and blame shifting.

Science in practice is a powerful tool: let’s use it.

Angela Cassidy is a lecturer in science and technology studies at the University of Exeter. She is the author of Vermin, Victims and Disease: British debates over bovine tuberculosis and badgers (Palgrave, 2019).