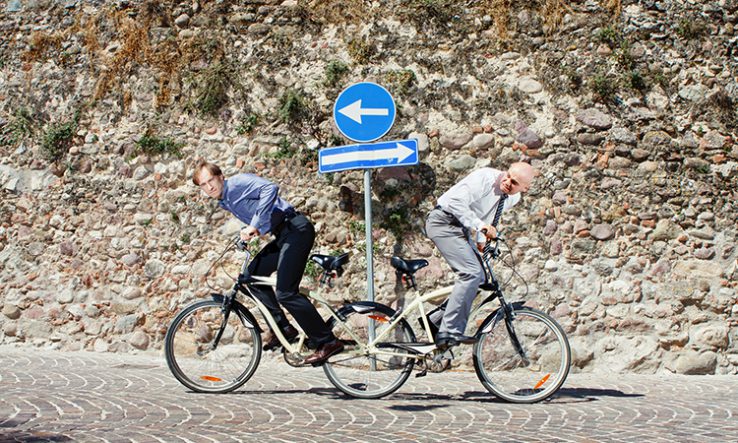 Government’s actions do not match its ambition to build a science superpower, says Kieron Flanagan

Even though Chancellor Rishi Sunak had little to say about it in his 3 March budget, now is a pivotal moment for UK science and innovation policy. The government, in its quest to make the UK a science superpower, has a plan for substantial growth in public research spending, and has introduced legislation to create an Advanced Research and Invention Agency.

It has also made much of revising the Treasury’s Green Book, which guides spending decisions on major public infrastructure, and of reforming rules on state support for private industry. It recently bought a major stake in OneWeb, a collapsed satellite company as a “significant strategic investment”; it is granting Aria a wide degree of freedom, including to buy stakes in companies; and it is creating a UK Infrastructure Bank to “provide leadership to the market in the development of new technologies”.

Yet the government is also disbanding the Industrial Strategy Council amid a “change in emphasis”, with rumours of a name change for the Department for Business, Energy and Industrial Strategy. This may be part of a tussle between the Treasury and BEIS for control of the ‘levelling up’ agenda to reduce regional inequality, but it also reflects a resurgent scepticism towards the notion of industrial policy.

We’ve seen this before, when Sajid Javid was business secretary under David Cameron. Some in government clearly still yearn for the ideology and policies of the late 1980s and 90s.

In place of a comprehensive industrial strategy—which was anyway some way off—this back-to-the-future approach might mean ‘science-push’ innovation policy. The government would see its role mainly to fund basic research, albeit with an emphasis on higher risk projects and reduced bureaucracy. Incentives for private R&D spending would be generic, not aimed at any particular technology, sectors or application, along with golden-oldies such as freeports and enterprise zones.

When these policies were tried before, they did not deliver a highly research-intensive knowledge economy. Rather, they coincided with decline and stagnation in UK R&D intensity.

The emphasis on invention in government thinking on Aria is telling. The notion that plucky British inventors and entrepreneurs need unshackling from perverse incentives and red tape is deeply embedded in Tory thinking.

Along with three other members of the current cabinet, business secretary Kwasi Kwarteng is an author of Britannia Unchained, the 2012 paean to free-market fundamentalism. He is also an economic historian who wrote a PhD on the recoinage crisis of 1695. Perhaps his view of invention and innovation is based on the patterns of the 17th century rather than the 21st.

The idea that the UK will become more innovative and productive is by getting better at commercialising the discoveries made in universities and research institutes is tempting, and reaches far beyond the Conservative Party. But it is based on a misunderstanding about how innovation works.

Innovation is a complex process in which the supply of scientific and technological knowledge is only a part. Unlike the 17th century, most R&D today is performed by companies, often very large ones. Innovation is a distributed enterprise, and individual inventors are rare.

Companies report that the crucial source of knowledge for their own innovations is other companies. The science base acts as a reservoir of knowledge and expertise, an incubator of technology-based firms, and, most importantly, a source of creative and innovative workers.

Thoughtful public investment in R&D and procurement, along with clever regulation, as part of an industrial policy, could boost firms’ capacity to innovate, including by making better use of the science base. But companies also need encouragement to adopt ideas from elsewhere, raising productivity and creating demand for innovation and innovative workers, hopefully improving the quality of their work in the process.

A comprehensive industrial strategy would target its initiatives with these goals in mind, to support levelling up around the UK. Without such a strategy, we risk being left with a series of expensive projects that don’t join up, and glossy brochures filled mainly with white space and stock photos.

The government has proclaimed its ambition for a
post-Brexit economic transformation. But so far, it seems to be retreating to a Thatcherite comfort zone on innovation policy, while restricting levelling up to symbolic relocations of civil service jobs and pork-barrel schemes for Tory MPs. This isn’t going to cut it—no matter how many high-risk individual investments are made.