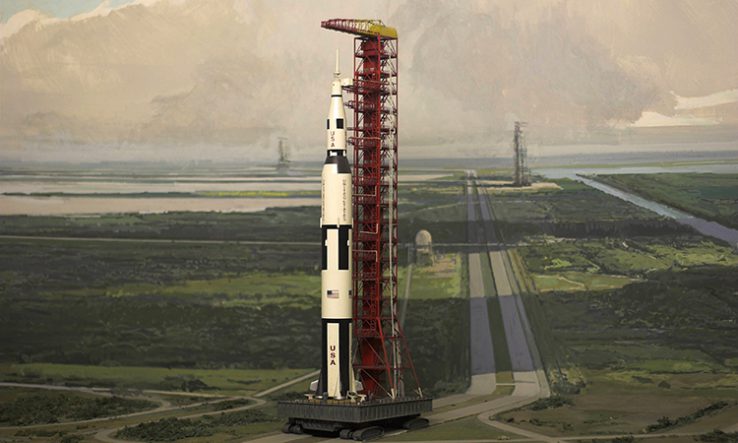 In the UK, government investment decisions are guided by the rules in the Treasury’s Green Book. These focus on intervention to fix market failure, when the private sector fails to provide a public good.

Rules help stop public money being wasted on silly pet projects. But this conceptual scheme misses many of the issues that matter to policymakers: do we really want this research project going abroad when its potential value is so great? Can we prototype this technology to bring costs down and prove its worth to commercial investors? Can we back a sector that is particularly well represented in a poor region?

When I was science minister, I found then-chancellor George Osborne more than willing to discuss such questions. He was persuaded to invest in projects ranging from graphene to the Catapult Network.

But it took some uncomfortable intellectual gymnastics to present these as a response to market failures. It was like Ptolemaic astronomers keeping the Copernican challenge at bay with ingenious tweaks to hide the defects in their basic theory.

Enter Mariana Mazzucato. In her 2011 pamphlet The Entrepreneurial State, she argued for government’s capacity to guide innovation, especially in the service of grand challenges and missions.

In the 10 years since, her influence on R&D policy has surged. The recent rewriting of the Green Book was partly a result of her critique. When Theresa May’s government created UK Research and Innovation (UKRI) and boosted R&D funding in 2018, the extra money went into challenges and missions, including ageing and clean growth. And Mazzucato’s 2019 report for the European Commission led to a strand of mission-oriented research in the Horizon Europe funding programme.

Her new book, Mission Economy, reprises these arguments. To them, she adds a wider and more radical—albeit not always convincing—critique of modern capitalism.

Mazzucato has transformed the debate about industrial strategy. Free marketeers such as myself used to doubt government’s ability to pick winners. From Concorde to British Leyland, we thought it had subsidised British industrial decline.

But Mazzucato offered powerful evidence that the technological dynamism in the United States is built on extraordinary levels of public intervention, pursued even under Republican presidents and state governors. America’s industrial strategy hides in plain sight as a security strategy, aimed at securing a global lead in key technologies and industries.

Elon Musk is a brilliant entrepreneur who has collected billions of dollars of public subsidies. All the interventions we still agonise about in Britain are done blithely in the US.

Mazzucato is a fantastic example of a charismatic policy entrepreneur having a real impact. But having achieved so much, her latest book could have engaged more with the tricky issues and questions around the policies she advocates.

The challenge model cannot function without investment in core capacities and technologies. Mazzucato gives this too little thought. Her chapter on the Apollo programme, for example, devotes one sentence to the crucial point that the US was developing Saturn V rockets before president John Kennedy decided to put a man on the moon.

Funding basic science and general-purpose technologies is a precondition for successfully formulating challenges. In the UK a rebalancing is underway, with the latest Treasury settlement for UKRI aiming to allocate more to the core work of research councils.

There is also the question of how challenges and missions are set. Some attempts have been amateurish, and those lobbying for specific missions can be as self-serving as those pleading for any industry or sector.

And how democratic should the process be? Mazzucato lauds the Energiewende, Germany’s transition to low-carbon energy, but popular anxiety after the Fukushima disaster also pushed the country into the appalling mistake of replacing nuclear power with brown coal.

Mazzucato suggests starting from the United Nations’ 17 sustainable development goals. But turning them into definable national missions is difficult, especially when there are trade-offs between them.

It takes a real crisis, such as a war or pandemic, to unite people around a specific goal. But it is hard to direct a modern liberal society in that way.

Mazzucato rightly shows that the state can rise to grand challenges and set ambitious missions. But it also needs to provide a liberal order in which all of us, including different researchers and businesses, can follow our own purposes.

David Willetts was minister for universities and science 2010-2014. His book A University Education is published by OUP