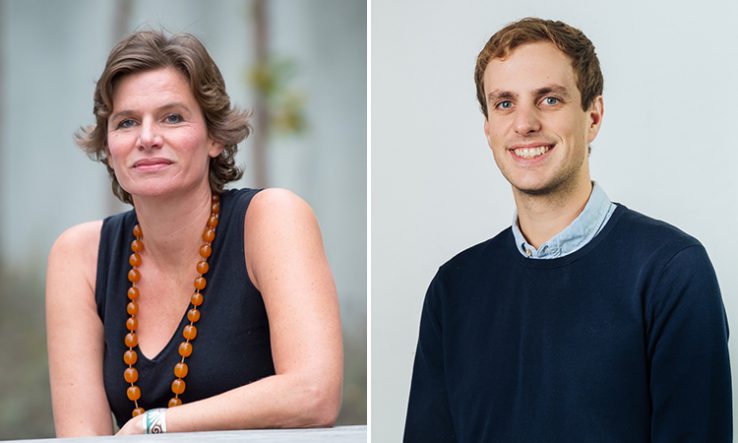 During the general election campaign prime minister Boris Johnson committed to significant changes to the UK’s innovation, R&D and science policy base.

The Conservative manifesto, for example, promised the “fastest ever increase” in public R&D spending to meet the target set by Theresa May’s government of raising gross expenditure on R&D to 2.4 per cent of GDP.

Some of this new money will go to fund a new agency for high-risk, high-payoff science based upon the US Advanced Research Projects Agency (Arpa), known to be a pet project of Johnson’s chief adviser Dominic Cummings. Alongside this there were measures such as increases in R&D tax credits and leveraging pension funds for investment in innovation.

So what will these mean for researchers and businesses? What can we expect over the coming year? Funding increases are welcome, but the quality as well as the quantity of investment matters. One certainty is that the 2.4 per cent target will not be reached unless the government has a clear strategy of how it will work with the private sector to align priorities and drive investment. Even with large increases in public investment, most of this uplift will have to come from the private sector. For this reason, while the prime minister might be tempted to expunge all traces of his predecessor, the industrial strategy launched under Theresa May should be retained as a key plank of the government’s economic vision.

The UCL Commission on Mission-Oriented Innovation and Industrial Strategy set out how a bold strategy of mission-oriented innovation can not only create a general environment that is favourable for investment, in the way that R&D tax credits do, but can also create or shape new markets.

The commission is part of the work of the UCL Institute for Innovation and Public Purpose to develop theory and practice for market-shaping policies that crowd in investment by increasing the expectations about future growth opportunities.

Consistency of policy is important for long-term investment, especially from the private sector. The industrial strategy identified four important grand challenge areas. These are artificial intelligence and data, clean growth, the future of mobility, and an ageing society. There is no need to replicate this challenge-setting process.

Some think that the best way for the government to ensure the UK’s technological superiority is through seed investment for large-scale ‘gigafactories’ to make batteries for electric vehicles. A far better use of time and resources would be to steer innovation towards areas that matter to society but also create investment opportunities for business.

Establishing an Arpa-like organisation in the UK is an interesting proposition. There is much to learn from Arpa, and how it has worked in the US innovation system to drive radical technological innovation. We must recognise, however, that innovation in the UK and US are structurally different. In this country we do not have a huge network of public laboratories already operating close-to-market, or a ready customer for innovation akin to the US military. We must not fall into the trap of thinking that what made Arpa great was lone scientists working on basic research, freed to dream big by unrestricted funding.

Certainly, the operational and funding structure of Arpa matters. But two things have really made it transformational. First is the belief that the public sector is key to steering innovation-led growth— this is what makes it attractive to work in government. Second, Arpa spans the entire innovation chain from basic research, through application and into procurement. The agency is part of innovative government, where procurement is used to crowd in bottom-up solutions.

If the government’s ideological bent is to bash the civil service, both these factors will be difficult to achieve. An Arpa in the UK should learn from the US model, not replicate it. It should be given a close-to market, challenge-focused role, rather than being targeted at basic research or the defence sector. Most of all, working in the civil service should become an honour again, rather than constantly compared to the myth that the private sector is more dynamic.

Beyond manifesto commitments, we are expecting a radical shake-up of Whitehall departments and machinery in February, post-Brexit. There are early discussions about an enlarged economic ‘superministry’ made up of the Department for Business, Energy and Industrial Strategy and the Department for International Trade.

Putting economic strategy at the heart of government, and linking it more horizontally to innovation policy, makes a good deal of sense. It is why many countries have both a Ministry of Finance (equivalent to our Treasury) and a Ministry of the Economy. But to work, such a department must have strategic, agenda-setting powers to counterbalance the belt-tightening instincts of the Treasury.

This means developing metrics for evaluating policies that go beyond those in the Treasury’s Green Book. The book’s current focus on cost-benefit analysis and net present value would kill any bold “moon-shot” policies before they were launched.

Crucially, if innovation is to be at the heart of the government’s economic strategy, responsibility for R&D must reside with the central economic ministry, not the Department for Education, as is currently being discussed. Likewise, carbon emissions targets must be central to economic strategy, and not relegated to the too-easily-ignored periphery of the environment department.

The role of patient finance provision in supporting innovation will be a crucial policy area for the new government. The Conservative manifesto committed to finding new ways of leveraging pension-fund investment into R&D, rather than less productive sectors such as financial or property markets.

This has been a holy grail for many policymakers. As chancellor, George Osborne wanted to steer pension funds towards infrastructure, while former business secretary Greg Clark targeted investment in small and medium-sized businesses.

But there are practical difficulties in achieving this. We need a strengthened public bank, similar to Germany’s KfW, that can provide patient, strategic, committed finance to any firm of any size willing to innovate towards challenges. Loans should be conditional on this willingness—in Germany, for example, loans to the steel industry required it to lower its consumption of materials.

After the UK leaves the European Union it will lose access to the European Investment Bank (EIB)—the source of over €50 billion investment in the UK over the past decade. This makes the creation of a new public bank especially urgent.

The government will need to assess how patient finance can be maintained to vital areas supported by the EIB, which has backed offshore windfarms, infrastructure projects such as Crossrail, and higher education, including the new UCL East campus.

The missing piece of the puzzle is how investments will bring real change for citizens and tax-payers. The Labour Party’s manifesto pledged to ensure that investment resulted in the creation of worthwhile and well-paid jobs. However, the new government has made no explicit link between investments in R&D and the public. In fact, the early promises that Brexit would not lead to a race to the bottom for working conditions have disappeared.

Europe is having a vibrant debate about a ‘just transition’, in which workers are retrained for a green economy. In this country, trade unions and other labour groups must be included in the discussion on innovation-led growth. Thus, this government needs to follow in the footsteps of policymakers around the world in seeking to ensure that increases in public investment not only promote innovation, but also create a fair and mutually beneficial partnership between the public and private sectors.

Overall, this year is likely to see the biggest shake-up of innovation, R&D and technology policy in the UK at least since the formation of the industrial strategy, if not the formation of the Technology Strategy Board (now Innovate UK) in 2004. There is much to commend in the government’s plans, such as the commitments to major uplifts in funding to bring the UK into parity with other countries, and to put radical technological innovation at the heart of future prosperity.

But as ever, the devil is in the detail. The UK is not Germany, South Korea or the United States. Our science base is different, as is our economy, and Brexit is set to drastically reshape both. How to make sure that the new structure delivers innovation-led growth that is also sustainable and inclusive must be central to conversations between academia, government, the private sector and—of course—the citizens who are, after all, at the heart of why all this matters.