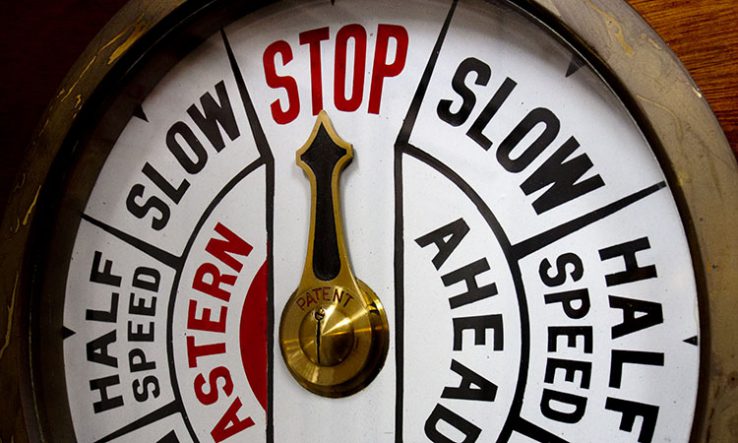 National evaluation was invented to concentrate funding. Will that change this time, asks Kieron Flanagan?

The 1980s and its issues feel a long way away, even if a 1970s-style combination of inflation and stagnant growth looks to be making a comeback. No wonder, then, that for many observers, fans and critics alike, the reasons why the UK has a Research Excellence Framework are lost in the mists of time.

But those reasons are still relevant, and the aftermath of the REF 2021 results is an ideal moment to remember how and why selectivity in research funding—and its corollary, concentration—became the overriding priority in UK science policy.

Research evaluation was, more or less, invented to be a pump that sustained research funding levels in elite universities, which happened to be in London, the south-east and east of England. It has done that job for decades.

February’s Levelling Up white paper, however, committed to at least arrest the increasing concentration of public R&D funding in these regions. The REF results can allow policymakers to begin that process, perhaps even sending the pump into reverse—if they choose.

Flash back to 1986, the year the Save British Science campaign was launched. The Lords Science and Technology Committee was voicing grave concern about the state of UK science in the face of university funding cuts and pressures on research spending by other government departments created by broader public spending cuts.

There was talk of the need to enshrine a formal division between research and teaching universities, as a way to protect the leading edge of the research base. In this context of managed decline, the old opaque system for dishing out core research funding was no longer tenable.

A rational basis for selectively allocating the scarce block grant was called for. Thus, also in 1986, the University Grants Committee conducted its first Research Selectivity Exercise.

Since that first exercise, the funding formula tied to national research evaluations has allowed government to progressively concentrate its block grant into a few places, in order to maintain their globally competitive position. As a result, institutions in the golden triangle of Cambridge, London and Oxford have been magnets for the best and brightest from across the world, to the obvious benefit of their host cities.

Research spending is not a magic wand for levelling up. Even so, it seems clear that other places could benefit from strengthening the positive feedback loops between funding, reputation and talent, as Oxford, Cambridge and London have done.

Block funding underpins universities’ ability to sustain a critical mass in research. This attracts and produces people and firms. Alongside investment in hard infrastructure, better education and skills, and efforts to stimulate greater demand for innovation among firms, this could indeed drive levelling up.

Returning to 2022, the REF results show that quality has increased across the board. Presumably the census-like nature of the exercise, which sought this time to include all research-active university staff, has revealed seams of excellence in the gritty lands beyond the golden triangle. Indeed, Research England boss and REF proprietor-in-chief David Sweeney noted that “the other regions are a bit better than we thought they were”.

The Department for Business, Energy and Industrial Strategy has yet to reveal how the funding formula will translate the REF results into approximately £2 billion of funding each year. But on 30 May, BEIS and UK Research and Innovation published the detail of allocations over the current spending review period to 2024-25.

UKRI’s release says that the balance between the English block research grant and research council grant funding is broadly to be maintained, in the context of a general uplift in spending over the next few years. The Beis announcement stresses the importance of using R&D funding to support levelling up.

REF 2014 also uncovered islands of excellence across the country. But, against a backdrop of austerity, the English formula for dividing the block grant was tweaked—by, for example, changing the funding ratio for 4* and 3* results from a 3:1 ratio to 4:1—so that the increasing concentration of resources in the golden triangle wasn’t disrupted.

Politicians are understandably drawn to one-off research investments for the cost-effective photo-opportunities they offer and the impression they give of a journey to a generic high- tech future. But such projects require no broader change in strategy, and little political courage. It’s time for ministers to decide whether UK research is still in the  business of managing decline.

Kieron Flanagan is Professor of Science and Technology Policy at the Manchester Institute of Innovation Research, University of Manchester