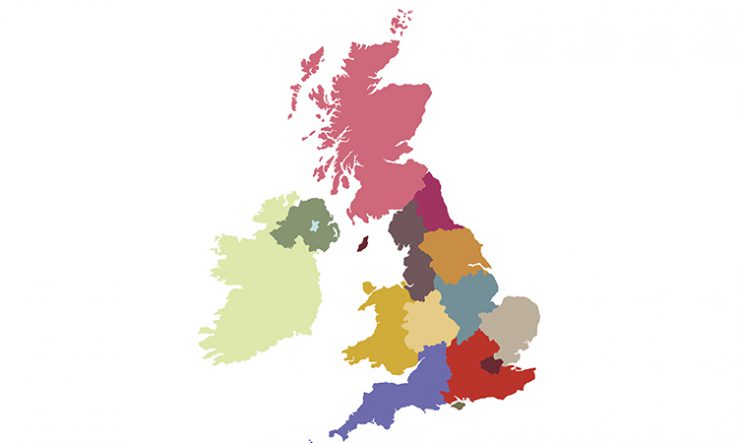 White paper should be a step towards devolved innovation policy, says Richard Jones

It’s fair to say that the Levelling Up white paper, published after a long delay on 2 February, struggled to compete with other political events for the front pages. What comment there was focused, somewhat unfairly, on its great length, its thumbnail history of nine millennia of urbanism, and its invitation to compare our northern and midland cities with renaissance Florence. But for those interested in the UK’s R&D landscape, it would be wrong to underestimate its significance.

Although the white paper’s ambitions have been criticised for not coming with new money, for R&D this is not actually true. October’s Comprehensive Spending Review committed the government to increasing annual public R&D spending from a bit less than £15 billion to £20bn over three years. The white paper provides some clues about how the government intends this money to be spent, although work remains to translate high-level commitments on R&D spending into changes in the way departments and agencies spend their budgets.

As well as increased funding, the co-creation—and ultimately devolution—of innovation programmes between central government and city regions will be important to incorporate local knowledge about the existing economy into policy, and ultimately to assign local responsibility for the outcomes.

The Innovation Accelerators unveiled in the paper are a good first step towards the institutional landscape for this to work. Ultimately, regional innovation strategy is a matter of finding out who is doing the innovating, and helping them do more of it.

For anyone wondering what levelling up actually means, the white paper offers some concrete answers. It wisely puts geographical disparities in productivity centre stage and offers a detailed analysis of the UK’s regional problem. For all that industrial strategy is not currently a fashionable brand with the government, the mark of the prematurely terminated Industrial Strategy Council is clear, transmitted through the person of economist Andy Haldane, who led both the council and the Levelling Up Taskforce.

The white paper’s analysis of regional inequality is based in a discussion of different types of capital, including R&D and skills, their distribution across the country and—crucially—the vicious circles that can lead places into self-reinforcing decline. This link between the uneven spread of government R&D spending and regional disparities in economic performance is one that I and other, such as the Leeds- based data maven Tom Forth, have been drawing for some time.

To redress these imbalances, one of the 12 levelling-up missions set out in the paper promises that public investment in R&D outside the greater south-east will grow by 40 per cent by 2030, and by one-third in the current spending review period, which runs until the end of the 2024-25 fiscal year. The aspiration is that this increase in public spending should crowd in roughly double the amount of private sector investment. The white paper also promises that by 2025, the proportion of the Department for Business, Energy and Industrial Strategy’s R&D budget spent outside the greater south-east will rise from 51 per cent to 55 per cent.

R&D is an important element of the productivity-enhancing investments that should be at the centre of the levelling-up agenda. It’s right that the white paper’s missions recognise the need to increase the R&D intensity, both public and private, of those parts of the country currently not fulfilling their economic potential.

A charitable interpretation is that this represents a floor to the ambition, and it does at least mean that the current imbalances won’t get any worse. To be fair to those managing research funding agencies and their existing multi-year commitments, changing the overall distribution of funding is not a quick or easy job.

Where is the new money going? Academics tend to focus on the research councils, but much public R&D is done by government departments. And in percentage terms, the really big winners in the spending review were departments such as the Ministry of Defence and the Department of Health and Social Care, as well as Innovate UK. Between them, they are seeing an increase of 64 per cent, representing a £2.7bn cash uplift, compared with the £1.1bn, or 23 per cent, increase promised for the core UK Research and Innovation (UKRI) budget.

If the budget uplift committed in the spending review is to fund the promised one-third increase in R&D spending outside the greater south-east, much of the heavy lifting will need to be done by these more mission-focused and applied funding streams. The white paper does not flesh out the details of how this commitment will be met.

As for UKRI, the paper gives it an organisational objective to “deliver economic, social and cultural benefits from research and innovation to all of our citizens, including by developing research and innovation strengths across the UK in support of levelling up”. It is also instructed to consider local growth criteria and impact in R&D fund design.

It will be interesting to see how UKRI responds to this mandate. One disappointing absence in the white paper is any commitment to extend the successful Strength in Places Fund, the only explicitly place-based funding instrument run by UKRI. Ongoing discussions on the spending review settlement will hopefully remedy this; if not, it will be a poor signal of the agency’s commitment to addressing regional R&D imbalances.

One important funding stream given a very substantial uplift in the spending review is the National Institute for Health Research (NIHR), the research arm of the Department of Health and Social Care. The white paper, entirely correctly, highlights the shocking disparities in health across the country, amounting to about a decade of life expectancy between the most and least prosperous areas. Narrowing this gap is another of the 12 missions.

Such health inequalities are not just morally unacceptable in a prosperous country; they are direct contributors to productivity gaps. Another white paper with further details on this aspect is promised for later in the year.

Narrowing these gaps should be a key focus of the NIHR; yet of all the research funding agencies, its funding is the most concentrated, not just in south-east England but specifically in London. The paper includes a commitment for the NIHR to “bring clinical and applied research to underserved areas and communities in England”, but the targets are vague. This refocusing on the urgent problem of health inequality and the expansion of NIHR research spending outside London needs to go further and faster.

It will always be hard and slow to change the distribution of R&D funding using existing mechanisms. Tom Forth and I, in our 2020 paper for the innovation charity Nesta, The Missing £4 Billion, argued that to make a real difference, significant funding must be devolved to nations, cities and regions.

To boost productivity, R&D interventions need to work with the grain of the existing regional economic base. Even the best central government departments and agencies, whether in Whitehall or Swindon, can’t be expected to have the local knowledge and develop the partnerships that would make this work. On the other hand, many cities and regions lack the organisational and analytical capacity to make good decisions about innovation. In our Nesta paper, we answered this dilemma with the idea of an Innovation Deal, where central government works with cities and regions to develop this capacity, in return for substantial devolution of innovation funding.

A step in the right direction

The three Innovation Accelerators announced in the white paper seem like a step in this direction, with £100 million over three years going to three pilot areas—Greater Manchester, the West Midlands and the Glasgow city region. The idea is that national and local government, together with industry and R&D institutions in those areas, will work together to strengthen the existing R&D base and maximise its economic impact, attract investment from international companies at the technological frontier, and improve the diffusion of technology into the existing business base.

In Greater Manchester, we’ve been preparing for such a programme. The organisation Innovation Greater Manchester, launched in spring 2021, has brought together industry, universities and the mayoral combined authority to develop a pipeline of rigorously tested investment opportunities aimed at driving productivity across the whole region. This needs to support not just the city centre, where digital and creative industries are thriving, but outlying boroughs such as Rochdale, Bury and Oldham, which are among the most deprived communities in the north-west.

Here, initiatives such as the Advanced Machinery and Productivity Institute in Rochdale will help innovative manufacturing businesses to develop and grow. Innovation GM will work with central government to develop Manchester’s Innovation Accel­erator as an exemplar of locally informed innovation policy. This locally led levelling up is what is needed to succeed in delivering the government’s objectives.

Richard Jones is vice-president for regional innovation and civic engagement, and professor of materials physics and innovation policy, at the University of Manchester