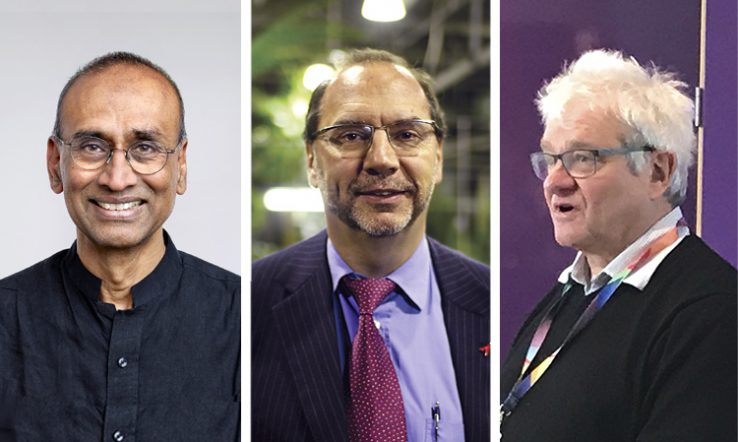 UK government must be more ‘ambitious about the scale of our testing’, committee hears

Top scientists have blasted the UK government’s approach to testing and over-reliance on modelling in the early stages of the Covid-19 pandemic.

Speaking during a House of Lords Science and Technology Select Committee hearing on 21 July on the science of Covid-19, the director of the Francis Crick Institute, Paul Nurse, criticised the decision to set up large “lighthouse labs” to boost testing capacity.

“That wasn’t a crazy idea, but what wasn’t wise was to think you could do that in a few weeks, which was logistically completely impossible, and it failed.”

Instead, Nurse suggested a more localised response, making use of existing facilities with the required technology and expertise.

“What we missed the first time around was the huge capacity, or at least significant capacity, in our universities and medical schools, all of which have been shut down because of the pandemic,” he told peers. “A capacity of machinery and expertise that could have supported and serviced, for example, healthcare workers, from care homes through to hospitals, but also local outbreaks, getting a much more rapid turnaround.”

Peter Piot, director of the London School of Hygiene & Tropical Medicine, said that assumptions the new coronavirus was behaving like flu or Sars “led to a number of erroneous decisions”, such as “excluding testing of symptomatic contacts” and not recommending the use of face coverings.

Looking ahead, the president of the Royal Society, Venki Ramakrishnan, said the government needed to be “more ambitious about the scale of our testing, because we don’t know all of the situations where testing will need to be done routinely and frequently in order to maintain the economy and maintain activities”.

Nurse added: “We have to use these couple of months to see whether we have the testing capacity in place embedded in a proper workflow—that is, collecting the samples, getting the information back, getting everything connected, dealing with medical advice when that information goes back. Do we have that in place to deal with a second wave?”

He also raised concerns about leadership. “We do have to clarify the leadership, the governance… because I don’t see coherence between Public Health England, the NHS, the chief medical officer, the chief scientific adviser. I don’t really know where decisions are being made about what to do and how they are being implemented.”

Anne Johnson, vice-president of the Academy of Medical Sciences, added that “good surveillance” of the people who are getting infected is necessary in order to target the testing system.

Elsewhere in the session, Ramakrishnan criticised the government’s reliance on modelling in the early stages of the pandemic.

“You don’t know what the parameters are, the incubation period, the rate of rapidity at which it is transmitted. All these things are uncertain, so relying on them for any sort of prediction, let alone policy at an early stage, such as when to lock down or not, seems to me not such a great idea.”

He added that it was “a little odd” that countries which are not as scientifically advanced as the UK “actually had a very good response to the pandemic”, including Vietnam and Thailand, compared with the UK and the US.