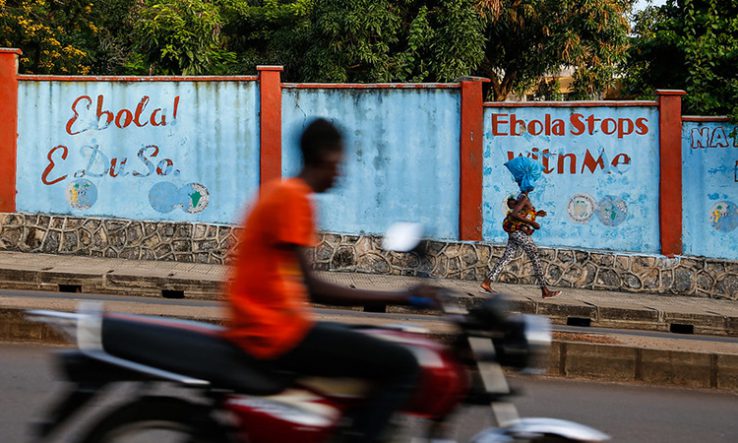 Prime minister Boris Johnson’s 19 June announcement that the UK Department for International Development is to be merged with the Foreign and Commonwealth Office has raised many concerns. These include the implications for research.

There is a serious risk that in creating the new Foreign, Commonwealth and Development Office (FCDO), much of what DfID did well could be lost. That includes tackling poverty and global challenges such as the Covid-19 pandemic through world-respected, evidence-based, collaborative, transparent and accountable approaches.

The UK’s vital and unique leadership in transformative research aimed at tackling global challenges is a real success story, to which DfID and the UK Aid programme have been central. Research has covered areas such as epidemics and the social dimensions of infectious disease, poverty and inequalities, conflict, urban transformations, women’s empowerment, youth employment, and climate and environmental justice.

UK-led projects have increased tax revenues in Uganda, Rwanda, Sierra Leone, and elsewhere, developed programmes in Bangladesh that have seen 95 per cent of participants move out of extreme poverty, and helped end the 2014-16 Ebola outbreak through adapting burial practices and preventing disease transmission.

Critical to this success has been an approach to collaboration that is interdisciplinary, engaged and international. Projects bring social science and humanities expertise together with natural and health sciences, and researchers with policymakers and practitioners. It’s an approach that funders, including but not only DfID, have recognised and promoted.

This way of doing research must be embedded across all the government departments that invest UK Aid spending on research. That includes the FCDO and the Advanced Research Projects Agency proposed in the March budget.

Other government departments, however, do not have such a successful track record. The Newton Fund, led by the Department of Business, Energy and Industrial Strategy, and designed to fund international research partnerships, was criticised in a recent report from parliament’s International Development Committee.

MPs recommended that the fund should not be renewed at the next spending review unless BEIS shows it can measure value for money and impact. BEIS should rise to this challenge as the Newton Fund’s approach and its many networking and fellowship schemes are too important to abandon.

The UK’s aid watchdog, the Independent Commission for Aid Impact, has criticised the Foreign Office’s Prosperity Fund, aimed at middle-income countries, for a lack of transparency about the fund’s strategy and methods.

The Foreign Office ranks 38th out of 45 in the international Aid Transparency Index; DfID is ninth. Besides value for money, transparency is also vital for understanding results and impact, underpinning learning and knowledge-sharing between partners.

As the department merger takes place, concerns around the transparency of non-DfID research programmes must be addressed. The ICAI must scrutinise and hold funds to account, and a parliamentary oversight committee for official development assistance (ODA) should be created.

Transparency also applies to funding applications. DfID and UKRI tender for projects via open, competitive calls. This requires significant investment from applicants, but it does enable diverse applications, allowing smaller research organisations to access funding as well as larger universities and private firms.

The prime minister and foreign secretary need to recognise the value of the UK’s capabilities and reputation in global challenges research—built over many years with DFID’s lead—and commit to retaining and strengthening them. They are key to effective, evidence-based development, and to UK soft power.

Specifically, they should reaffirm the commitment to investing in international development research as set out in the 2019 International Research and Innovation Strategy. This should include continuing to spend at least three per cent of what was DfID’s budget on funding innovative, international and cross-disciplinary research and evidence.

The new department needs a chief scientific adviser and chief economist. The FCDO must also absorb DfID’s approach to building and sustaining global research partnerships. The Strategic Coherence for ODA-funded Research Board must continue to ensure the strategic focus and coherence of publicly funded development research.

As the world grapples with the Covid-19 pandemic and prepares for critical UN talks on climate change in 2021, this is not the time to jeopardise the UK’s ability to do high-quality, interdisciplinary research that can help transform lives globally—including in the UK. Now more than ever we need research and evidence for better, more effective decision-making, informed by real-world issues, experiences, contexts and complexities.

Melissa Leach is director of the Institute of Development Studies