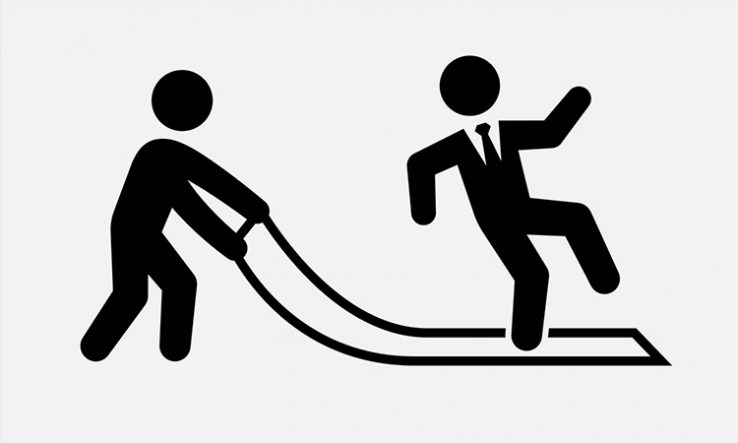 Don’t believe anyone who says they saw this coming. Yes, universities were braced for cuts to research funding, following the reduction in official development assistance (ODA) announced by the government last autumn.

But at worst, they expected this to mean fewer new funding opportunities. No one expected live grants to be stopped in their tracks.

Some UK academics—and their collaborators around the world—heard of the cuts through announcements on Twitter. As the news bled across the sector, the response was one of fury and disbelief.

Beyond the immediate damage to ODA research, the government’s decision will have knock-on effects worldwide. Our global partners—and even domestic institutions and academics—will wonder if UK public research funding can be trusted.

Academics I’ve spoken to are angry and disappointed about the damage to their projects. They are gravely concerned for the early-career researchers and colleagues in professional services who are employed on grants now at risk. But most of all, they fear the devastating impact these cuts will have on their partners in the Global South.

These cuts will curtail research seeking to tackle some of the world’s most pressing global challenges and help its most vulnerable communities. The UK research funded from ODA is guided by the UN Sustainable Development Goals, meaning that vital work on issues such as climate change, poverty, health, water security, and gender equality will now be left without funding.

“International colleagues have been integral and equal partners in many research consortia, but we now face losing much of that,” says Andy Large, a geographer at Newcastle University who runs the Living Deltas hub funded by the Global Challenges Research Fund (GCRF).

“We risk a cascade of negative outcomes—from erosion of partnerships built over years between UK and overseas experts, to the erosion of trust between our international collaborators and the people they have built relationships with over decades.”

Academics are looking to their research offices for guidance and information. This has been difficult to provide, given that when the cuts leaked we were as much in the dark as they were.

As yet, universities still don’t fully understand which grants are at risk. The most obvious candidates are those from the GCRF and Newton Fund, the main sources of ODA-linked research support.

But there are also other grants that funders had decided to support from their ODA budgets, even though the teams that won them had not applied through this route. This might leave researchers who scored highly in standard grant applications facing cuts, despite never having applied for ODA funding in the first place.

Grant proposals that were in the middle of the assessment process have been dumped out of the system. Some principal investigators accepted delayed start dates from UK Research and Innovation when Covid hit, to help ease the pressure on the agency. These grants may now never start.

This week, UKRI wrote to institutions and some ODA-funded researchers with further details on how some of the cuts will be managed. UKRI has passed responsibility on to universities to manage how cuts are implemented, in terms of termination of grants and re-profiling.

The letter says that there will be more information on the fate of GCRF Hubs, Newton grants, UKRI ODA grants, and ODA grants held outside the UK in due course. Universities have until mid-April to respond with their proposals to implement the cuts. Happy Easter, everyone.

On top of the £120 million hit to UKRI’s research grant portfolio, universities are also looking at a £60m reduction in the quality related block grant funded through the GCRF. This is allocated based on a three-year strategy submitted to Research England in 2018.

This money has supported a lot of research in recent years, allowing universities to make strategic, flexible investments to underpin their ODA funding portfolios. It also paid for research managers and administrators who worked to develop international partnerships, provide post-award support, and manage increasing requirements for due diligence. These jobs, along with their experience and skills, are now at risk.

More generally, are the events of recent weeks a sign of growing precariousness in UK public R&D funding? The Advanced Research and Invention Agency, for example, will be able to pull support from projects that are not making “suitable” progress.

The need for ‘stage-gated’ funding for high-risk projects, where money is released only if predetermined milestones are reached, has featured significantly in the debate around Aria. This, however, is not the same as pulling funding without due notice.

Less reliable funding would significantly change how institutions manage their research portfolios. Universities and partners would need to consider how they can protect themselves and their employees in such an environment.

One option is to underwrite all government-funded research projects, but this would impose a significant financial risk on institutions already facing pressure over their use of tuition fee income to subsidise research, which runs at a significant loss. Guaranteeing grants would pose questions of what level of risk is appropriate, and how this would be balanced against other commitments.

It would be wonderful to think the government might change its mind. That’s the hope of the 4,800 signatories, so far, of an open letter to chancellor Rishi Sunak and foreign secretary Dominic Raab, organised by Jenni Barclay at the University of East Anglia.

There has also been considerable mainstream media attention, and condemnation from senior figures such as Jeremy Farrar, head of the Wellcome Trust, and Greg Clark, chair of the Commons Science and Technology Committee. Organisations such as the Russell Group and Universities UK are mobilising to see what influence, if any, they can wield.

It is difficult to be optimistic, however, especially if the central research budget also has to find roughly £1 billion per year to pay for UK participation in the EU’s Horizon Europe programme. All this at a time when ministers talk of making the UK a science superpower.

Alternative sources of funding are available but, with these cuts falling on the 2021-22 budget, there is hardly any time to access them. Could the Wellcome step in to protect elements of the health portfolio, particularly given its new strategy and focus on internationalisation?

It also seems that International Climate Finance has been protected, thanks presumably to the UK’s hosting of the UN Climate Conference COP26 in November. Could this be used to support climate-change research?

Whoever steps in will need to both mount a rapid response and make high-level strategic commitments. Without these, the research teams affected are highly unlikely to be able to secure alternative funding to help stabilise their projects.

UK research funding has always been prone to relatively sudden shifts. But changes have usually been implemented by letting programmes tail off and allowing grants to run their course. The ODA cuts, in contrast, will see projects’ budgets slashed and some grants stopped dead in their tracks.

This makes it hard to know what it means to have an award. Will our partners in the Global South risk working with us in the future, given the potentially irreversible damage that these cuts will do to their research and finances?

UK ODA funding was helping researchers and institutions in the Global South set the agenda for international development research. UKRI, for example, has funded the African Research Universities Alliance to support activities across the continent. What are the implications, both practically and strategically, of such funding being cut mid-project?

The worldwide research community is also looking on. Brexit led to a push from government to encourage international collaboration beyond the European Union, with new funds for collaborations with the United States, Canada and Japan, to name a few. What guarantees will these partners need to engage with the UK in the future?

Finally, does the government understand the damage this will do to our own academic community’s willingness to engage in such initiatives in the future?

Universities have made a huge effort to engage with ODA research funding since the GCRF was created in 2015. The size of the fund, and its emphasis on bringing new voices into ODA research, was a transformational shift. The next initiative that comes along is likely to receive a more guarded response.

Lorna Wilson is head of research development at Durham University