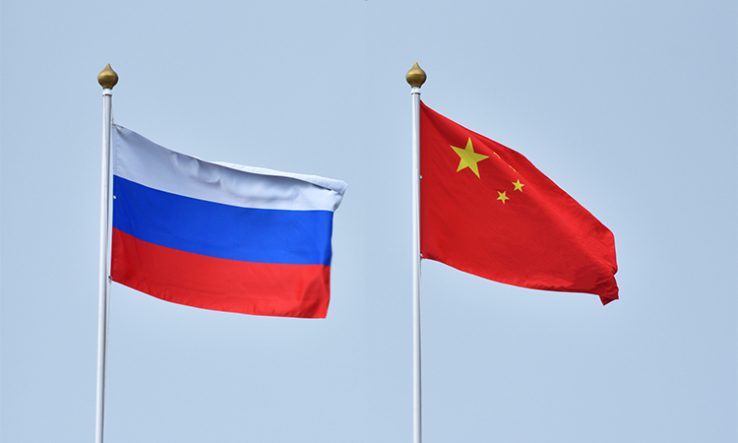 How should researchers react when the best science is international but global connections are stressed by abrasive regimes in collaborating countries? Our new report Stumbling Bear, Soaring Dragon, from King’s Policy Institute and the Harvard Kennedy School, considers this question as it applies to Russia and China, along with the wider challenge of handling the geopolitics of global science.

Europe, North America and their historical partners have created an open, collaborative research network. If they do not invest in international partnerships or are thrown out of them, they lose access to research and opportunities for knowledge transfer.

But as the global research network expands and diversifies, it also includes increasingly research-active regimes that may foster a very different approach to the traditionally collegial research culture. How should we maintain and promote international collaboration when these approaches clash?

It is easy to focus on Russia and its war in Ukraine, but this is a simplistic scenario. Russia’s science system is weak, deteriorating and increasingly marginalised. Today, Russia accounts for less than 3 per cent of papers in the Web of Science publication database; it invests barely 1 per cent of GDP in R&D; its researcher workforce has fallen by 20 per cent since 2000; and half of its international collaboration is in astronomy and nuclear and particle physics.

Except perhaps in these disciplines, the West can shut Russia out without weakening its own science. Even in Central and Eastern Europe, Russia ranks among the top 10 research partners with only Serbia, Bulgaria, Latvia and—in 2021—Ukraine. In Central Asia, Russia has been displaced by Turkey in Kyrgyzstan and by China in Uzbekistan.

With China, such simplistic reactions break down. Marginalising Chinese science would have dramatic negative outcomes. The country is the world’s biggest spender on R&D and the first or second most frequent research partner with most of the G7, the Scandinavian and Baltic states, Australia, Singapore and South Korea.

China poses problems because of its selective approach to collaboration and the flow of emerging knowledge. It is clear that the US and the UK have been dilatory not only in overseeing these relationships but also in building an understanding of Chinese research.

A harsher geopolitical climate could disrupt expanding scientific internationalisation. Recent events will have lessons for Western collaboration with China, and other authoritarian regimes that may pursue policies at odds with mutual knowledge exchange and an open, inclusive society.

Research collaboration should be mutual. Beijing has far more to gain by maximising global scientific collaboration, than, for example, cutting itself out of Western collaborative networks and engaging in bipartite research with Russia, which is its nineteenth most significant partner. For the West, the cost of isolating China would be orders of magnitude greater than that of banishing Russia.

Turkey, Israel and Egypt are other countries that have recently raised, for different reasons, questions about the ethics of research and cultural engagement. Western responses have been confused and inconsistent.

At one extreme, circling the wagons may lead to needlessly risk-averse policies that cripple science. Today’s globalised networks of knowledge creation, which include finding ways to mitigate climate change and address public health crises, would wither as nations fell back on research undertaken in the narrow confines of their own institutions and those of like-minded neighbours.

At the other extreme, we sleepwalk into bolstering the scientific and technological capabilities of countries with interests inimical to our own. We naively provide know-how, legitimacy and support to regimes that disdain human rights and seek to harm us.

Our report highlights the need for data and discussion to inform critical decisions and policies that avoid the extremes of blind trust and disengagement. No one size fits all; with safeguards, some collaboration may be pursued; but whatever we do must be properly informed, considered and situation-specific.

Jonathan Adams is chief scientist at the Institute for Scientific Information at Clarinet. Jo Johnson is a president’s professorial fellow at King’s College London and a former UK science and universities minister. Jonathan Grant is Director, Different Angles. Research Professional News is an editorially independent part of Ex Libris, which, like the ISI, is owned by Clarivate