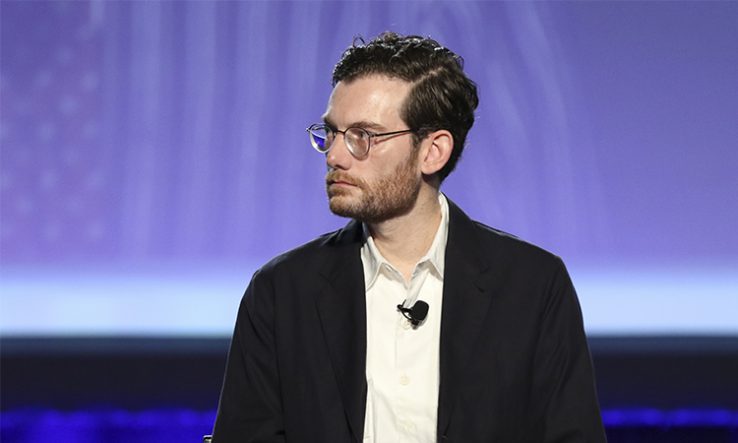 But open science is helping to combat the spread of the virus, AAAS meeting hears

Political tensions between the United States and China—centred on espionage concerns and a years-long trade dispute—have hampered efforts to stem the global outbreak of the Covid-19 respiratory disease, according to senior research figures.

Kelvin Droegemeier, director of the White House Office of Science and Technology Policy, told Research Professional News that the US had not been able to send personnel from its Centres for Disease Prevention and Control to work on the frontline in China, where Covid-19 originated.

“We really need our folks on the ground there, that would be very helpful,” Droegemeier said.

Scott Dowell, deputy director of vaccine development and surveillance at the Bill and Melinda Gates Foundation, said there was “no doubt” that political tensions between the US and China had had a negative effect on the management of the outbreak.

On 18 February, the World Health Organization put the total number of people infected with the respiratory virus that causes Covid-19 at more than 73,300, and said that 1,870 people had died from the disease. The vast majority of cases and deaths have been in China.

Both Droegemeier and Dowell spoke in Seattle at the annual meeting of the American Association for the Advancement of Science. Addressing the meeting on 13 February, Dowell described the Covid-19 epidemic as “one of the most threatening outbreaks that I’ve seen in my career”.

The Bill & Melinda Gates Foundation has so far committed $100 million to detection, isolation and treatment efforts, including $10m to show “solidarity” with frontline efforts in China, $20m to help vulnerable health systems in South Asia and Africa and $60m for vaccines.

Dowell said the funding showed the foundation’s priorities. “We think we’re going to be dealing with this pathogen for a long time,” he said.

AAAS chief executive Sudip Parikh lamented that 20-50 Chinese delegates had been unable to attend the meeting, adding that his team had sought to build bridges with China and that their voices would be missed.

Trevor Bedford (pictured), a computational biologist at the Fred Hutchinson Cancer Research Centre, said at the meeting that collaborations between individual researchers and institutions worldwide had helped develop an understanding of the outbreak.

Building a family tree of viral genomes in the midst of an outbreak, rather than retrospectively, is “very novel” and has been “fairly revolutionary”, he said. Online resources—such as the microblogging site Twitter, the influenza data-sharing platform GISAID and the pathogen tracking project Nextstrain—have allowed collaboration in almost real time.

Bedford said that the collective approach had been “really rewarding and humbling” to see. “When we first started to get these situation reports up onto Nextstrain.org, we had people who were basically crowdsourcing translations into Mandarin, French and German,” he said.

AAAS president Steven Chu said that in general he “would like to see more research on anti-virals”. He said he was concerned by a recent outbreak of the avian flu H5N1, which has a 60 per cent fatality rate.

Opposition politicians in the US have criticised actions and inactivity on public health from president Donald Trump’s administration, including cuts to funding schemes important for responding to outbreaks like that of Covid-19.

Democrat senator Patrick Leahy, vice-chairman of the Senate Appropriations Committee, published a list on 14 February of more than $100 million in cuts he said Trump has sought for the 2021 budgets of institutions and programmes such as the Center on Emerging Zoonotic Infectious Disease.