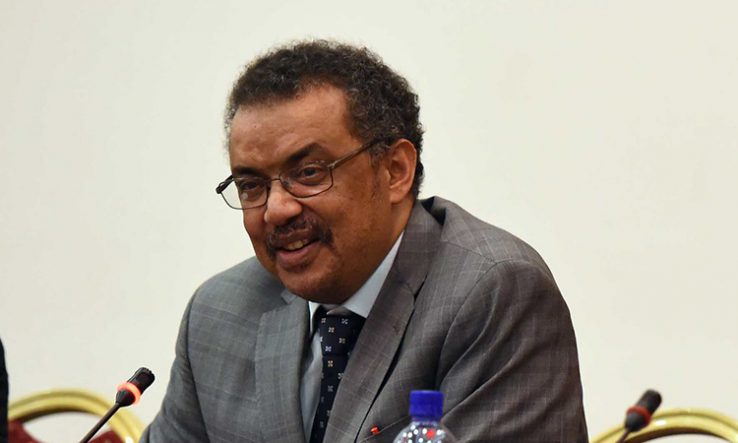 Researchers across the world have come forward to defend the World Health Organization after US president Donald Trump accused the UN agency of mishandling the coronavirus crisis.

In a letter to WHO director-general Tedros Adhanom Ghebreyesus (pictured), published as the organisation met for its annual assembly this week, Trump said he would permanently pull US funding to the agency if it does not “commit to major substantive improvements in the next 30 days”.

The president alleged that the WHO “consistently ignored credible reports of the virus spreading in Wuhan in early December 2019 or even earlier, including reports from the Lancet medical journal” and blamed China for its coronavirus response.

On 18 May, the Lancet called the statement “factually incorrect” and appealed for the global response to Covid-19 to be based on a “factually accurate account” of what happened.

“The Lancet published no report in December, 2019, referring to a virus or outbreak in Wuhan or anywhere else in China,” the journal said, adding that its first reports on the topic began on 24 January.

“The allegations levelled against WHO in president Trump’s letter are serious and damaging to efforts to strengthen international cooperation to control this pandemic.”

Researchers have responded by deriding Trump’s letter and siding with the WHO.

“This letter is not about dealing with the coronavirus pandemic, rather it is an undisguised political attack on China,” said George Davey Smith, a professor of clinical epidemiology at the University of Bristol. “Most of it is straightforwardly wrong, and the rest twisted out of recognition.”

The US is the top contributor to the WHO, providing nearly 16 per cent of its budget in 2019. But Trump has already suspended some payments for this year.

The agency’s general assembly did end with agreement for an “independent and comprehensive evaluation of the global response, including, but not limited to, WHO’s performance” in line with a motion sponsored by 130 of 194 member nations.

Sharifah Sekalala, a public international lawyer at the University of Warwick, said that without US funding, the WHO would have to cut budgets for “a lot of key areas”.

While she said an inquiry into the WHO’s handling of the pandemic similar to those after the SARS and Ebola outbreaks would be timely after its conclusion, she warned against taking focus away from the health response while the current coronavirus pandemic is still in full swing.

“It is very problematic to move people who are trying to manage the crisis into an account of what went wrong before it is over,” she said, adding that doing so could “create a defensive response to the crisis as the people who are in charge are thinking more about how to apportion blame as well as opposed to the best ways of dealing with the crisis”.