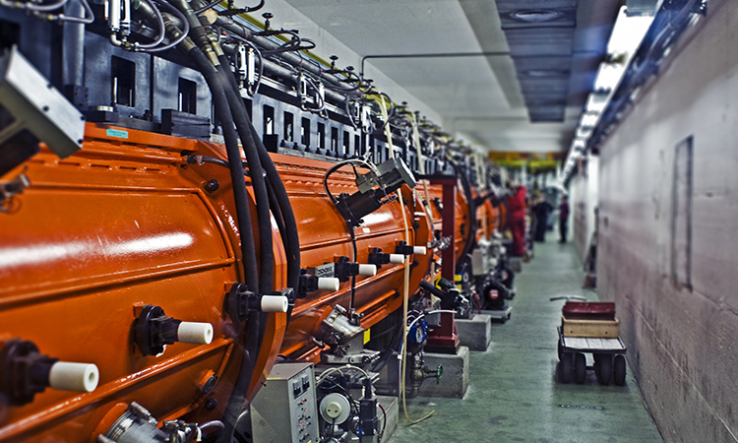 Major facilities have closed their doors to researchers

Leading European research infrastructures have closed their doors to all but essential staff, postponing experiments as the Covid-19 pandemic pushed national leaders to place major restrictions on people’s movements.

Europe’s particle physics laboratory Cern, based in Geneva, Switzerland and home to the Large Hadron Collider; the European Synchrotron Radiation Facility (ESRF) in Grenoble, France; and the European XFEL, which is the world’s largest X-ray laser facility and is based in Hamburg, Germany, all announced that they were temporarily closing.

“Our highest priority continues to be to protect the health of all people on site,” Cern said in a statement on 15 March. By 20 March, activities on-site will be “limited to those essential for the safety and security of the site and equipment”.

ESRF closed at noon on 16 March, until further notice. “Only those staff members whose presence is required will be allowed to come to the ESRF site,” director general Francesco Sette told staff on 14 March, asking that they “please avoid all unnecessary gatherings” and “stay home as much as possible”.

A spokesperson for the European XFEL told Research Professional News that up to 500 researchers might be affected by its closure, announced on 12 March.

“The groups that apply for beamtime are often mixed, with members from different countries or continents, so the travel restrictions can have a distinct impact,” the spokesperson said. “The decision to postpone the user run was, of course, hard to take, but under the given circumstances we think it’s the best solution for our staff and our work.” Staff will work on improving the performance of the facility, according to the spokesperson.

Governments across Europe have put in place strict containment measures in an attempt to slow the Covid-19 pandemic and ease its impact on healthcare resources.

The Spanish government followed the example set by the Italian government and ordered a national quarantine, telling people to stay at home except to go to work, buy food or medicine or to seek healthcare. The German government has partially closed the country’s borders with several of its neighbours.

The Croatian presidency of the Council of the EU announced on 13 March that it was postponing all sub-ministerial informal meetings until 15 April, including a meeting of the European Strategy Forum on Research Infrastructures scheduled for 17-18 March.

The same day, the European Medicines Agency said it would waive fees on applications for scientific advice for companies developing treatments or vaccines for Covid-19.

The European Federation of Pharmaceutical Industries and Associations said its members do not anticipate impacts to their supply chains unless disruption is sustained for several months, and that it was “not aware of any significant near-term impacts on the availability of our medicines and vaccines”.

At least one large research funder has extended its call deadlines. Portugal’s FCT Foundation for Science and Technology has pushed back three calls, saying it was doing so in response to requests from candidates.