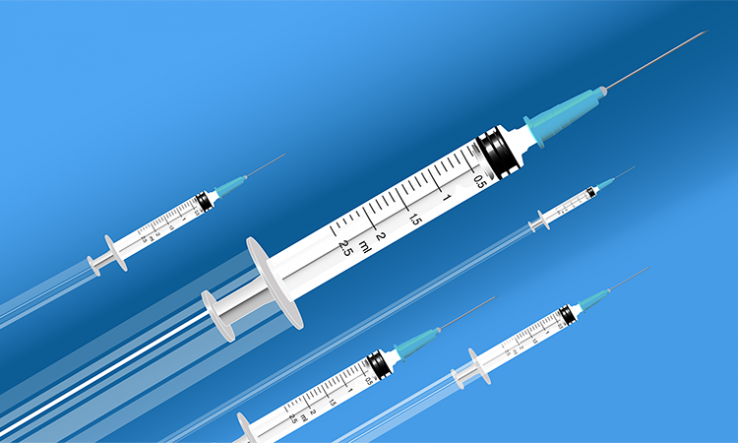 In the mainstream narrative, Covid-19 vaccines are scientific miracles, largely delivered through the efforts of the pharmaceutical industry in a matter of months.

Hence, patents and profits are the reward for corporate investors. Any proposals to waive patents—from governments in the United States, India and South Africa, or charities such as Oxfam and Doctors Without Borders—should be rejected because they would discourage future corporate investment.

Conventional wisdom says that pharma companies need the incentives of patents and profits to compensate for the long duration, high costs and uncertain outcomes of drug development. In this view, public funding of R&D is also just another incentive for corporate innovation.

The Covid-19 pandemic, though, has turned this wisdom on its head, revealing the true pathways from institutions and public policies to science and innovation. Three such pathways were instrumental in the discovery of mRNA vaccines.

First, the basic research underpinning mRNA vaccines goes back over 20 years and has mostly been done in not-for-profit environments. Drew Weissman and Katalin Karikó did pioneering work on mRNA vaccines at the University of Pennsylvania, for example, while a team at the Vaccine Research Center of the US National Institutes of Health worked out how to make a stable spike protein that would trigger an immune response.

Moreover, the NIH, the main US public biomedical funder, has actively collaborated with companies and licensed its patents to them. This is part of a pattern of R&D increasingly shifting from established companies to universities, academic spinoffs and large-scale public research infrastructures. Companies pick up the most promising projects and manage downstream activities leading to authorisation, production and distribution.

Any scientific miracle should be credited to a cumulative process, not to the last actors to enter the arena. Unfortunately, patent legislation is based on the old-fashioned model of the individual inventor and is unable to represent contemporary mechanisms of knowledge production.

Second, the public investment in upstream biomedical research is huge. The NIH budget is around $41 billion (€36bn) a year, mostly disbursed as grants. Its Intramural Research Program is the largest effort of its kind in the world.

Covid-19 vaccines benefited from this long-term background of public funding, not to mention the $18bn funding provided for Covid-19 R&D in the US govern-ment’s Operation Warp Speed. Advance, pre-approval orders for vaccines and drugs also de-risked companies’ investments.

Despite this public support, companies such as Pfizer and Moderna were not required to cap prices and profits, or to ensure licensing to third parties. The result is that their vaccines are yielding huge profits for private investors, even though much of the intellectual and financial capital behind their discovery was funded by taxpayers.

Public institutions contributed to the miracles in a third way through ultra-fast-track authorisations, compressing a process usually lasting years into months. A 20-year patent might seem reasonable if it takes a company the first 10 of those to bring the drug to market. But Pfizer, Moderna and others can expect to control vaccine intellectual property rights for another generation.

The result has been huge private, monopolistic rents bearing no relation to corporate R&D. Pfizer expects to sell $65bn of its vaccine in 2021-22. Its production costs are unknown, but Oxfam has estimated that mRNA vaccines like those produced by Pfizer and Moderna could in theory be made for as little as $1.20 a dose.

Firms’ lobbying to maintain these rents has in my view been a crucial factor in the poor supply of vaccines to most of the world population, risking a prolonged pandemic and new variants.

There are two lessons to be learned. Governments should be stronger than corporate lobbying and should require both a patent waiver and deep technology transfer to qualified third-party producers. An international authority should select these producers based on quality, safety, prices and production capacity. Prices would fall and vaccinations would accelerate.

More generally, there is an urgent need to rethink the relationship between public and private investment in research. In some critical biomedical fields, public research should have the lead, with private companies seen as suppliers of services such as clinical trials, production and distribution, rather than as the beneficiaries of grants, owners of patents and collectors of related rents. We must define a modern form of intellectual property rights in the public interest.

Massimo Florio is professor of public economics at the University of Milan, Italy