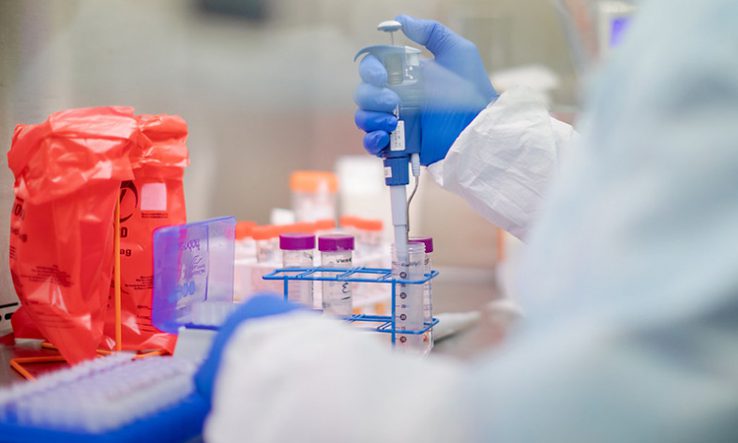 The UK government is running out of time to fix the country’s flawed Covid-19 testing system, scientists have warned.

The caution comes as a surge in demand has led to local testing shortages across the UK, with the government’s large ‘Lighthouse Laboratories’ under strain to process them all, and the prime minister appealing to universities to help provide staff for those testing labs.

“The current inadequacies of community testing run the risk of us getting seriously behind in terms of the recent resurgence of Sars-CoV2 infections across the entire UK,” said Stephen Griffin, associate professor in the School of Medicine at the University of Leeds.

Last week it emerged that the number of infected people in the UK is rising again, doubling every seven days.

“Estimates that infections are doubling approximately every seven days are likely to now be somewhat out of date, yet we are currently flying blind with respect to how the epidemic is evolving in the community,” said Griffin.

Moreover, he added, “the government has a duty of care to ensure the safe return of schools, universities and workers, especially as they have promoted considerable social mixing in bars, pubs, restaurants and travelling abroad, all whilst mystifyingly ‘pausing’ the shielding scheme”.

“Testing and tracing is currently the best means to achieve this safe return, yet capabilities are sorely lacking.”

As a result, several universities have launched their own pilot programmes to test students and staff.

Apart from a lack of testing slots available, another challenge has been the time it takes for results to be processed and returned.

Gordon Dougan, a professor in the Department of Medicine at the University of Cambridge, added that it was “vital that testing results get back as quickly as possible, normally within 24 hours, if they are to be useful to prevent further disease transmission”.

He criticised the centralised testing system, which he described as “not robust” and “vulnerable to failure at multiple levels”.

Meanwhile, Joshua Moon, a research fellow in the Science Policy Research Unit at the University of Sussex Business School, questioned why there was an “acute shortage when total tests per day currently sit at two-thirds of the government’s claimed testing capacity”.

“I am particularly worried about why the claimed capacity was so much higher than it actually was. Without proper understanding of the system’s capacity, there is a fundamental weakness in ability to plan for the future.”

Speaking in the House of Commons on 15 September, health minister Matt Hancock said the government was “working round the clock to make sure everyone who needs a test can get a test”, but that he would “not shirk from decisions around prioritisation”.

The delays and concerns come after Boris Johnson announced plans to dramatically increase testing capacity to 500,000 tests a day by the end of October that would “allow life to return closer to normality”.

Johnson defended the testing system in the Commons on 16 September, saying the system continues to improve.