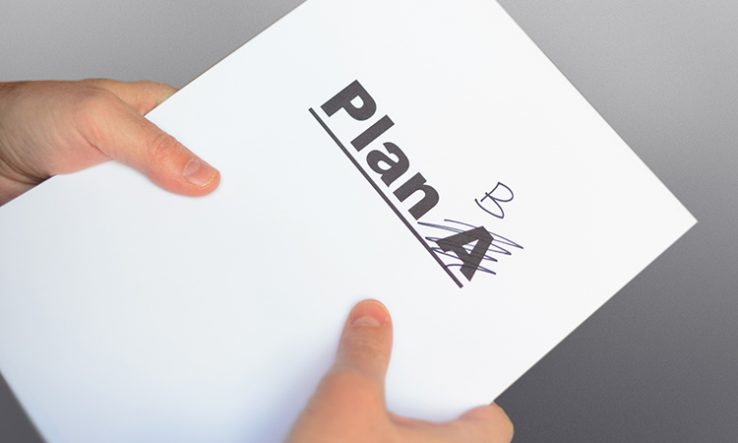 The UK government has set out an outline of its long-term plan to replace Horizon Europe, as association to the EU’s R&D scheme looks increasingly unlikely.

On 20 July, the government published a package of transitional and long-term measures that it said would ensure the “stability and continuity of funding for researchers and businesses” if the UK is unable to associate to the €95.5 billion (£81bn) European programme.

These measures include an outline of a long-term plan B trailed by former science minister George Freeman.

According to the policy document, this will include a “flagship talent offer, with high-value, long-term fellowships and a strong international mobility offer”.

It also promises an “ambitious programme for supporting global collaboration”, including funds for bottom-up collaborations with researchers in partner countries around the globe; multilateral and bilateral collaborations; and third-country participation in Horizon Europe.

The plan includes an increase in investment for “end-to-end innovation” through spending on industrial research and innovation to address UK government strategic priorities.

Meanwhile, the government said it would provide universities with “additional funding to respond to the new programmes to ensure we do not place a further strain on research sustainability in the sector”.

The government said it aimed to take “the best features of Horizon Europe programmes—like the ease of participation for researchers—but also do more on the UK’s priorities and ensure we improve the schemes where we can, for example by making proposals less bureaucratic and much more flexible for all partners to increase investment”.

The government also set out a number of transitional measures “that can be put in place quickly to provide stability and continuity of funding for UK researchers and businesses”. They include:

“Given the ongoing delays, however, whatever happens we need to ensure that we are making the most of the UK’s science and innovation strengths, and so we need to prepare for an alternative future.”

“In developing these programmes, we will need the support of the whole UK R&D community. This is a vital moment for UK research in which I and the government are determined we will strengthen, deepen and widen our commitment to international research.”

Christopher Smith, international champion at the national funding agency UK Research and Innovation, said: “If it becomes necessary, UKRI is ready to play a pivotal and collaborative role in the alternatives to association with Horizon Europe. We are already operating the Department for Business, Energy and Industrial Strategy guarantee, and we have been preparing for a transitional programme which we can get rapidly underway.

“Meanwhile, we continue to support the government’s position on the desirability of association, and we encourage researchers and innovators to participate in Horizon Europe.”

Tim Bradshaw, chief executive of the Russell Group, said: “Securing the UK’s association to Horizon Europe remains the best outcome for Britain and the EU…However, with UK participation still unresolved, and to prepare for all scenarios, the government is right to set out proposals for an alternative.

“Ensuring these proposals are backed by the full funding set aside for Horizon in the spending review is critical to their success and will send a strong signal to the global research community.”

Presidents of the national academies have welcomed the announcement, even as they all called for continued efforts to associate to Horizon Europe as a priority.

Jim McDonald, president of the Royal Academy of Engineering, said: “The strong preference of the academy and the wider global research and innovation community is for the UK to associate with Horizon Europe. It will be most regrettable if that association becomes impossible for reasons that have nothing to do with research and innovation.

“Obviously, non-association would mean significant changes and disappointment for the UK and European communities. Whatever the final outcome, we hope that UK and European researchers and innovators will continue to collaborate through all the mechanisms that will be available to them.”

Adrian Smith, president of the Royal Society, said the announcement “provides some much-needed short-term reassurance”, but he added that “transition arrangements, no matter how robust, are only a stopgap”.

Regarding longer-term, alternative plans, he said: “Should it be necessary, a new collaborative research programme must be clear, credible and costed. The community will need to see full detail on how government will invest the £2bn a year in UK R&D if we do not associate.”

Anne Johnson, president of the Academy of Medical Sciences, said the announcement “is a first step, but we will need more information on how the overall package will fit together, the scale of investment across all elements of the package, and how these transitional measures will lead into any long-term Horizon Europe alternative”.

“The government has committed to funding these alternative measures from some of the £6.9bn that was set aside for association,” she said. “In the longer term, they must recommit to using the entirety of this promised money for research, to avoid undermining the UK’s science superpower ambitions.”

And Julia Black, president of the British Academy, said: “Researchers in the Shape (social sciences, humanities and arts) disciplines have been highly successful in securing prestigious European Research Council grants and Marie Skłodowska-Curie Actions. It is therefore essential that, in the event of non-association, any alternatives are designed to maintain the longstanding disciplinary split of funding or else this will threaten to undermine areas of UK research excellence.”