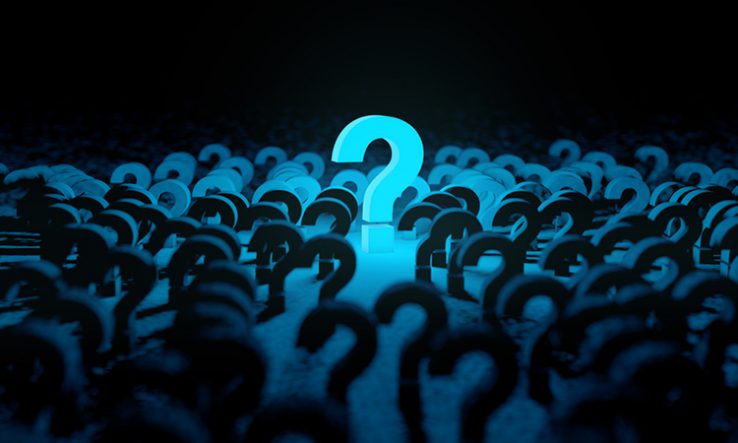 When a government puts wheezes and catchphrases before policy, it can take time to work out how serious it is.

Sometimes it becomes clear fairly quickly that a politician means what they say, and will take steps to achieve it—as with “get Brexit done”, for example. Other times, such as building a tunnel from Scotland to Northern Ireland, it is equally clear that the opposite is true.

Both these categories are relatively easy to grasp. The tricky region is in the middle.

Some things the government wants, but doesn’t know how to achieve—a world-beating test and trace system, for example. On other issues, it proclaims a commitment, but doesn’t actually seem that bothered, such as over the absence of a trade border in the Irish Sea.

One of the fundamental challenges facing research, innovation and higher education in the UK is that most of the issues and policies relating to it are adrift in still-unknown regions of this zone of uncertainty.

This applies to things that relate directly to research policy, such as turning the UK into a science superpower or spending 2.4 per cent of GDP on R&D. It also applies to wider slogan-based policies that bear down on universities and researchers, such as creating a global Britain, levelling up and the war on woke.

Understanding what these entail in terms of goals, budgets, regulations and the like means working out which policies are best suited to achieving the government’s commitments. But it also requires working out whether ministers means what they say and whether they are able to achieve it. It’s like trying to do multivariate statistics in your head.

All talk, no action

In the world of events, meanwhile, there have been cuts for development research. But there has also been extra money for Horizon Europe association. But then this is only for this year, and has been followed by anonymous briefings of possible of Horizon Europe withdrawal.

Against all this, talk of superpowered science looks less like a coherent policy than a formula to placate and distract.

Some of the ambiguity and inconsistency may be deliberate. Speaking to MPs, Dominic Cum-mings quoted prime minister Boris Johnson as saying, “The chaos means everyone will look to me as the man in charge.”

But that doesn’t mean the prime minister knows what he wants or is able to get it when he does.

Johnson’s educational catch-up tsar Kevan Collins asked for £15 billion to get children back on track from all their lost learning during the pandemic, only for the Treasury to move the decimal point one place to the left. Tory backbenchers have yet to engineer an opportunity to overturn cuts to the aid budget, but the seriousness of their effort shows that a parliamentary majority of 80 is less secure than it looks.

In another hint of the skirmishes to come, Robert Halfon, the Tory chair of the House of Commons education committee, used an interview with BBC Radio 4’s Today Programme on 3 June to contrast the scrimping on school children with the £800 million found for setting up the Advanced Research and Invention Agency (Aria).

All this suggests the autumn spending review will be shaped not by carefully weighed priorities and a plan to bounce forward from the pandemic, but by even more of a dogfight than usual. The winners will be those best able to mobilise friends in government, parliament and the media, and those with access to the prime minister—particularly just before he has to make a decision.

Aria, Horizon Europe and 2.4 per cent will have to hold their own against schools, levelling up, NHS waiting lists and defence and climate commitments, not to mention old pledges such as 40 new hospitals, 50,000 new nurses and 20,000 new police officers.

Against all these all these priorities and others, the prospects for universities and R&D look poor. Falling behind the 2.4 per cent target, or missing the interim commitment to raise public R&D spending to £22bn in 2024-25 would bring little electoral penalty or political embarrassment.

The sector will have to wait and see if science minister Amanda Solloway and universities minister Michelle Donelan have the stomach, skills and clout to win that the struggle. So far, the government’s disdain for universities looks to be winning out over its enthusiasm for research.

John Whitfield is comment and analysis editor for Research Fortnight